UPDATE: While you are at it, here's something the bubbleheads will like: 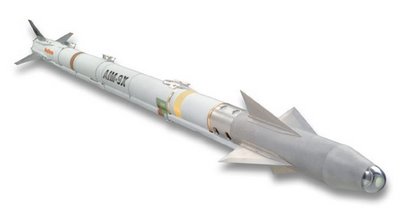 Mark Russell, vice president of Raytheon IDS engineering, said that the recent test launch also represents a significant step toward enabling the submarine force to strike targets with surprise from shallower coastal waters. Now, in addition to MK-48 torpedo and the Tomahawk cruise missile, submarine forces will have the option of another weapon system making them a more versatile player in the integrated battlespace. "Successfully demonstrating the AIM-9X lock-on-after-launch mode from a vertical orientation launch is a major step toward providing our submariners
with an unprecedented offensive and defensive capability," said Brock McCaman, vice president of Raytheon Missile Systems Air-to-Air Product Line. "It's another example of the tactical flexibility of this proven weapon system."
"This test is the first step toward an AIM-9X missile being launched vertically from a submarine," said John Cochran, the Raytheon IDS program manager. "Ultimately, the missile will be encased in a launch capsule. When the capsule broaches the surface, the missile will launch and then acquire and engage its target."