Shades of "Star Wars"- the attack on the Jawas 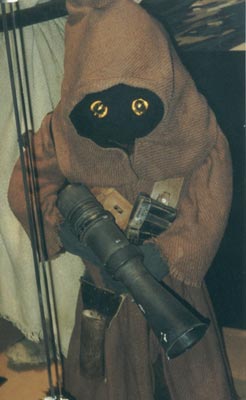 A couple of laid up tugs proved too tempting for some scavengers off the coast of Pakistan as reported here:

Ali informed the police that the four men approached his company's boats in two separate vessels. They took the guards stationed at the tugboats hostage and loaded the stuff into their boats. The names of the tugboats are Jawa and Jawa Bosar.
The 'pirates' took away motors, some tools and copper and scrap. The police said that the tugboats were being repaired and had been out of order for the last six months.