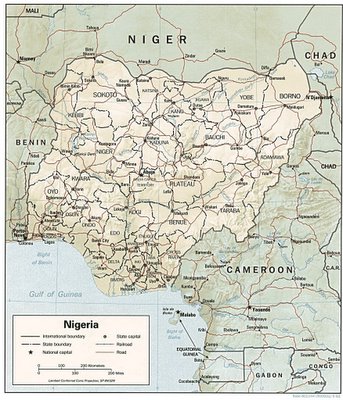 Speaking against the backdrop of the porous nature of the nation's waters, an expert, Mr. Abel Edijala called for the setting up of a Vessel Traffic Management Authority (VETMA).

He said vessel traffic management is an act of providing active monitoring and navigational advice for vessels either in particularly confined and busy waterways or the oceans at large.

According to him, the two main types of Vessel Traffic Schemes (VTS) are the surveilled and non-surveilled systems.

The surveilled system consists of one or more land-based sensors which output their signals to a central location where operators monitor and manage vessel traffic movement.

For non-surveilled systems, they consist of one or more reporting points at which ships are required to report their identity, course, speed and other data to the monitoring authority.

They encompass a wide range of techniques and capabilities aimed at preventing unauthorized and unnoticed entry of vessels into a country's territorial waters.

Mr. Edijala explained that they are also aimed to prevent vessel collision, ramming and groundings in the harbour, harbour approach and inland waterway phase of navigation.

He said they are also designed to expedite ship movements, increase transportation system efficiency and improve all weather operating capabilities.

The expert stated that in view of the fact that Nigeria's waterways accounts for over 95 per cent of the mainstay of the Nigerian economy in terms of both export and import activities, it is only pertinent that a monitoring and surveillance agency be set up.

He highlighted the need for VETMA to include the fact that the surveillance system overlooking Nigeria's oceans/seas will check leakage arising from illegal oil bunkering vessels operating in the nation's waters.

Mr. Edijala explained that vessels involved in moonlighting, a term that refers to vessels that ship into Nigeria's export terminals under the cover of night with security agencies looking away will be eradicated as the Automatic Identification System (AIS) is not hindered by visibility.

Arms trading for oil which is the major source of gun running in the Niger Delta region, he said shall be cut off through vessel monitoring.

"Hostage taking and piracy will be highly reduced as locating vessel position will be easier to track down these unprits", he added.

As previously noted losses to the Nigerian economy by fuel thieves run about 30,000 barrels of oil per day. 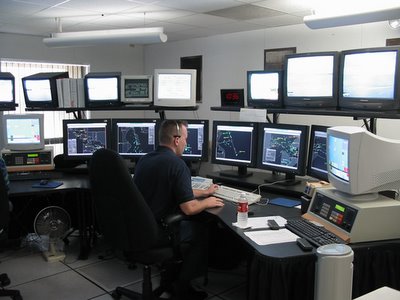 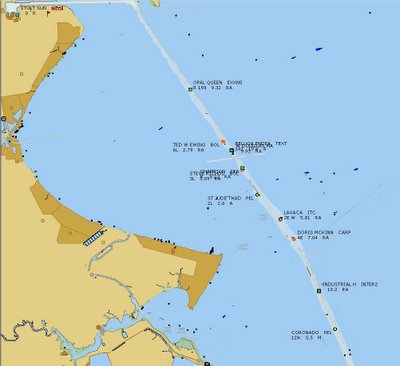 Stopping that leak might pay for an excellent VTS system. Perhaps this outfit could help. And a sample from the US Coast Guard Port of Houston VTS here. Photo is of a part of the Houston system and the "chart" is a radar image from that system looking at a portion of the ship channel passing through Galveston Bay.
Posted by Mark Tempest at 2/25/2006 05:06:00 AM