Iran: Silkworm on the Hormuz 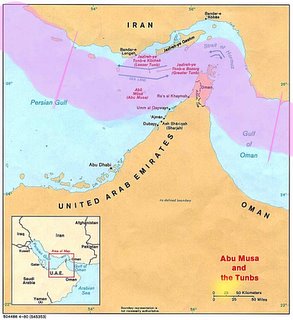 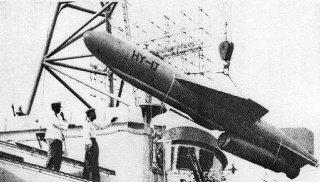 Iran's Mehr news agency reported that Shura Council national committee for security and foreign policy member Sulaiman Jaafar Zadeh said, 'If a ban is imposed on our oil exports, we will not allow oil tankers to sail in the Gulf waters.'

...At its narrowest point the Strait of Hormuz is only 21 miles wide, two 1-mile-wide channels for inbound and outbound tanker traffic, as well as a 2-mile-wide buffer zone. Iran has deployed Chinese HY-2 'Silkworm' anti-ship missiles along its Persian Gulf coast and its Abu Musa, Qeshm and Sirri islands. Over 14 million barrels of oil pass through the Strait of Hormuz each day.
There is an ominous precedent for the Iranian threat. During the 1980-1988 'tanker war,' between Iran and Iraq, there were 543 attacks on ships, with approximately 200 merchant sailors killed. More than 80 vessels were sunk or written off, causing more than $2 billion in losses and a 200 percent increase in global hull insurance rates. The U.S. State Department urged the government to re-flag 11 Kuwaiti oil tankers, which it did as well as providing naval escort through the Strait of Hormuz.
Any Iranian action to carry out its threat would undoubtedly involve the U.S. Navy's Fifth Fleet, home-ported in Bahrain.

Silkworm range in the Hormuz map from here. Explained in comment #151 here:

The pink zone reflects the range of a silkworm missile. The pink bars left and right are the rough East & West limits, between which large tankers would be forced to travel 'under their guns'.