China's Navy a "work in progress" 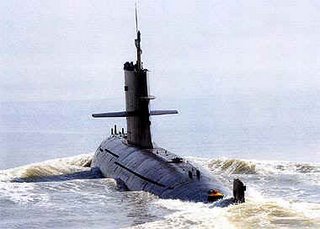 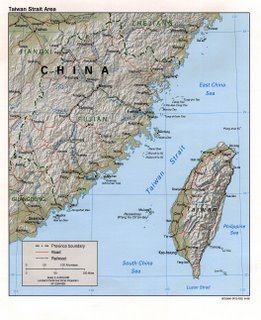 Noted here in a piece by Bernard D. Cole:

China’s naval modernization during the past 15 years, and especially since the Taiwan Strait crisis of 1995-1996, has clearly been focused on preparing for a possible armed conflict over the island’s status, a conflict that would almost certainly feature a maritime scenario. This contingency has provided the basic rationale for the ongoing naval modernization programs that, while striking in terms of capability, have been moderate in terms of pace and priority.
***
The key question for the continuing development of maritime strategy in China is “What beyond Taiwan?” That is, what will guide the employment of the PLAN following resolution of the Taiwan issue? A likely strategy will emphasize classic command of the sea, defined as the naval ability to defend vital national maritime interests.

Update2: Another interesting piece here, addressing the recent episode of a Chinese submarine surfacing near the Kittyhawk battle group:

This focus on surface ship attacks indicates that the PLAN does not plan to employ its new submarines as “sub killers,” tasked with locating and attacking U.S. or other opposing submarines, but instead intends to use its new submarine force to focus on U.S. surface ships in general and aircraft carriers in particular as their primary targets.