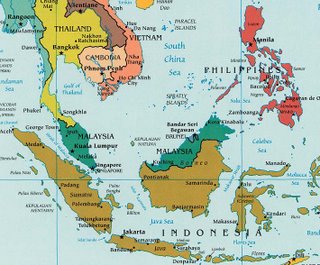 A Japanese diplomat was appointed Tuesday as the first executive director of an information sharing center to be launched by Asian countries to combat piracy in the region, the Japanese Embassy in Singapore said.

Yoshiaki Ito, minister at Japan's Permanent Mission to the United Nations, will head the center in Singapore.

The center will be officially launched Wednesday as part of a Japan-initiated pact for Asian countries to tackle the threat of piracy in the region, especially in the Malacca Strait, one of the world's busiest waterways.

The pact, known as the Regional Cooperation Agreement on Combating Piracy and Armed Robbery against Ships in Asia, or "ReCAAP," involves 14 countries.

Malaysia and Indonesia, littoral states seen as vital to maintaining security in the Malacca Strait, participated in a meeting in Tokyo to launch the pact in 2004, but they have not ratified the pact, raising doubts about the efficacy of the accord.