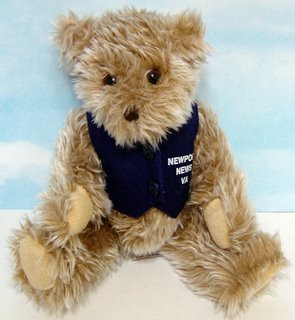 With a hat tip to Best of the Web: Read Students expelled for teddy bear film for an example of schools that need some courses in ogic for the people in charge. Highlights:

Two students are suing to return to school after they were expelled for making a movie in which evil teddy bears attack a teacher.

The teenagers were among four students expelled from Knightstown High School over the movie, "The Teddy Bear Master." Two of the boys are asking a federal judge in Indianapolis to order the students reinstated, arguing that school officials overreacted to a film parody and violated their First Amendment rights.

But Knightstown Principal Jim Diagostino and Superintendent David McGuire don't see the humor, and note that the teacher who is threatened in the movie has the same last name as a real teacher in the district.

"That's crazy to think that's a threat to anyone," said Linda Imel, 42, whose 15-year-old son, Isaac, and his friend Cody Overbay, 16, have filed the lawsuit in U.S. District Court.