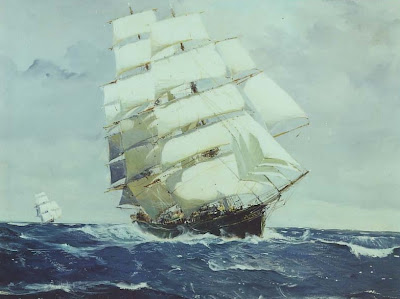 A spectacular fire early Monday heavily damaged the clipper ship Cutty Sark, one of London's proudest relics of the 19th century tea trade with China designed to be the fastest ship of its day.

The London Fire Brigade and the Forensic Science Service said they were investigating the cause of the blaze, and police said they had no immediate evidence of arson.

The fire, which broke out in a dry dock where the ship was undergoing restoration, will add millions to the cost of refurbishing it.