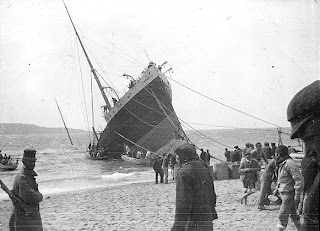 The International Maritime Organisation’s Convention on Shipwreck Removal has approved a new Convention that might help in getting shipwreck that lack salvage interest removed:

The convention, to be known as the Nairobi International Convention on the Removal of Wrecks, 2007, was passed in Nairobi recently during the United Nation’s International Maritime Organisation conference — the first to be held outside London.

Once in force, the Nairobi Convention will fill a gap in international law pertaining to safety and security at sea and prevention of marine pollution. Wreck removal arises when vessel or debris has no significant value and has therefore been abandoned.

Historically, marine salvage focused on the protection of private property including the recovery of the damaged vessel and rescue of the cargo or vessel contents.

In recent years, however, heightened ecological concerns and increasing financial liabilities regarding marine pollution have changed the role of the salvor, and protection of the environment is now often the goal of the salvage operation.

Mrs Karigithu said, “The convention now provides a legal basis for countries such as Kenya to remove, or have removed, from their exclusive economic zones and territorial waters, wrecks that may pose a hazard to navigation or, because of the nature of their cargo, to the marine and coastal environments, or to both.” The law will also make ship owners financially liable and require them to take out insurance or provide other financial security to cover the costs of wreck removal and provide states with a right of direct action against the insurers of such vessels.