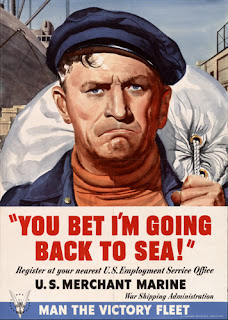 A Proclamation by the President of the United States of America

America has a proud maritime history, and the United States Merchant Marine has played a vital role in helping meet our country's economic and national security needs. On National Maritime Day, we honor merchant mariners for their dedication to promoting commerce and protecting our freedom.

During times of peace, the U.S. Merchant Marine helps ensure our economic security by keeping the oceans open to trade. Ships operated by merchant mariners transport goods across our Nation's waterways and on the high seas around the world to connect American businesses and consumers with valuable foreign markets and commodities. The skill and expertise of merchant mariners facilitates trade and helps to strengthen our economy.

In times of war, the Merchant Marine is the lifeline of our troops overseas. By carrying critical supplies, equipment, and personnel, merchant mariners provide essential support to our Armed Forces and help advance the cause of freedom. Today, merchant mariners are supporting operations in Afghanistan and Iraq, and their devotion to duty is a tribute to the generations of men and women who have served our Nation with courage and determination in every conflict in America's history. On this day, and throughout the year, America is grateful for their service.

In recognition of the importance of the U.S. Merchant Marine, the Congress, by joint resolution approved on May 20, 1933, as amended, has designated May 22 of each year as "National Maritime Day," and has authorized and requested that the President issue an annual proclamation calling for its appropriate observance.

NOW, THEREFORE, I, GEORGE W. BUSH, President of the United States of America, do hereby proclaim May 22, 2007, as National Maritime Day. I call upon the people of the United States to mark this observance by honoring the service of merchant mariners and by displaying the flag of the United States at their homes and in their communities. I also request that all ships sailing under the American flag dress ship on that day.

IN WITNESS WHEREOF, I have hereunto set my hand this eighteenth day of May, in the year of our Lord two thousand seven, and of the Independence of the United States of America the two hundred and thirty-first.