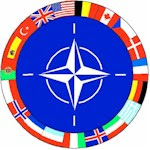 NATO is talking to oil and gas producing companies and countries about how it could help combat security threats to energy infrastructure, a senior NATO official said on Monday.

Jamie Shea, Director of Policy Planning in the Private Office of the NATO Secretary General, said the likely measures would involve providing sea-borne rapid reaction forces to combat attacks on facilities, hostage taking and piracy in Africa, Asia and the Middle East.
***
Other areas NATO could be able to help included fighting hostage-taking in Nigeria where workers are being seized from oil facilities on an almost daily basis and piracy in Asia.

Interesting, though my experience with NATO was of a "low speed, high drag" organization, not well suited to rapid reaction. But my experience was limited and I hope my impressions are wrong.

And credit must be given to NATO for the anti-terror patrols of Operation Active Endeavor. 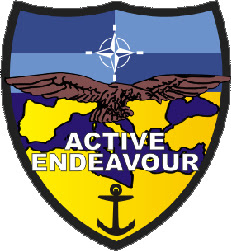 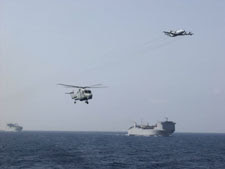 NATO air and maritime assets during patrol and escorting operations in the Strait of Gibraltar.