Actually, after an alert crew and the capabilities they have brought to the table for a few thousand years, this is probably the "Second" system ("Standby to repel boarders- away the Security Alert Team"). However the details of the new system are set out here :

The SPS is modular, expandable, and allows installation and operation on multiple ship classes and platforms with no increase in manning requirements. When SPS reaches low-rate initial production — or “milestone C” — in fiscal year 2009, it will consist of an integrated package of five major components.

• Two command and control consoles, one in the ship’s combat information center and another on the bridge, will display surveillance, environmental, and tactical information required by the commander, onboard watch officer, or other AT/FP decision-maker.

• Electro-optical/infrared (EO/IR) ball devices and other sensor systems will provide integrated surveillance, detection, and tracking capabilities against a full range of asymmetric threats.

• Lethal effectors will be available for quick deployment when the aggressor ignores the non-lethal effectors. The lethal effectors (small-caliber guns on stabilized gun mounts) will be scaled to an asymmetric threat environment to avoid unnecessary collateral damage from firing the ship’s big guns in a “close-in” or high-traffic area such as a port.

• On-board data processing and communication electronics will collect, integrate, and analyze environmental and tactical information and provide post-mission analysis. “Little R&D has been involved in developing SPS because the technologies, like the EO/IR systems, already existed in the civilian or military sectors,” says Skillman. “Most of our work now involves testing and integrating the components into a seamless package of electronics, sensors, devices, and weapons.”

Must be a "normal" project (see here for what can happen if you try to push the string)- the Cole was attacked nearly 7 years ago.

Will this replace an alert watch with good eye-balls and a dose of common sense?

Only for the unwary.

UPDATE: Some background on the SPS here and perhaps on a contractor here. And some background on "Force Protection Afloat" in a pdf format from PEO LMW PMS-480 here. Photo of SPS console is from that pdf.

UPDATE2: Will SPS protect against this?


From the Roger Corman "comedy" Creature from the Haunted Sea. Coming soon to a cult film showing near you.

UPDATE#: And is this guy related to the Creature? 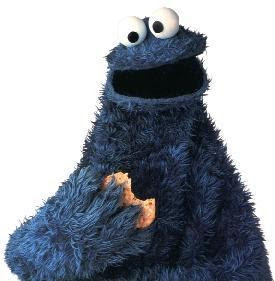