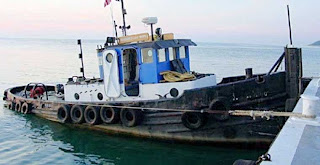 Stratfor posts an interesting comparison between the Mumbai attack of last week with a failed plan to attack New York City several years ago in From the New York Landmarks Plot to the Mumbai Attack. From the last piece by and :

A third similarity exists in the geography of the two cities. In both plots, the use of watercraft is a distinctive tactical similarity. Watercraft gave militants access at unconventional locations where security would be more lax. Both Mumbai (a peninsula) and Manhattan (an island) offer plenty of points where militants can mount assaults from watercraft. Such an attack would not have worked in New Delhi or Bangalore; these are landlocked cities where militants would have had to enter by road, a route much more likely to encounter police patrols. Being centers of trade and surrounded by water, both Mumbai and New York have high levels of maritime traffic. This means infiltrating the area from the water would raise minimal suspicions, especially if the craft were registered locally (as was the case in the Mumbai attack). Such out-of-the box tactics take advantage of security services, which often tend to focus on established threats.
***
Ultimately, the biggest difference between the Landmarks plot and the Mumbai attack is that the Mumbai attack succeeded. The failure of the Landmarks plot probably provided key lessons to the planners of the Mumbai attack, who were able to carry out the stages of the attack without detection and with the full element of surprise. Gauging by the success of the Mumbai incident, we can expect similar strategies and tactics in future attacks.

Note that the U.S. Coast Guard has an on-going concern over the threats potentially posed by terrorists using recreational or other small boats as a mode of delivering themselves or weapons. See here for a look at the DHS "Small Vessel Security Strategy" and here to view in pdf format the Strategy itself.

It's a challenging environment.

The use of light craft to launch the assault has reenergized discussion about similar threats to the United States. The assault "underscores the importance of what we're doing at our ports in terms of security," Homeland Security Secretary Michael Chertoff declared, as reported in the Federal Times, "It reminds us that this is an attack vector we have to worry about."

The small-boat threat needs to be addressed, but rather than focusing on this particular terrorist tactic, Congress and the Administration should invest in improving the overall security of the maritime domain. Efforts should be expanded to improve U.S. situational awareness and law enforcement response rather than fixating on specific attack scenarios involving small boats or other terrorist threats. Additionally, any initiatives taken to specifically address the small-boat threat should address all the nation's maritime domain priorities.

Congress seems too busy bailing corporations out to worry much about funding for maritime security...
Posted by Mark Tempest at 12/04/2008 07:20:00 AM