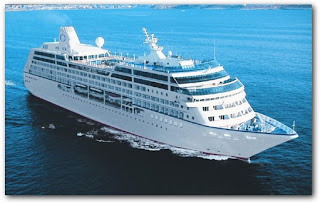 International coalition warships stopped Somali pirates from hijacking a luxury cruise ship in the Gulf of Aden at the weekend, the Danish navy said Monday.

A Danish navy spokesman refused to name the vessel involved but a Danish media report said the cruise ship Nautica, carrying 400 passengers and 200 crew was the target of the latest attack by Somali pirates.

"The (Danish) navy's tactical command on Sunday led a military operation, dispatching a vessel from the coalition to the aid of a civilian ship threatened by pirates, thereby preventing an act of piracy," Danish navy spokesman Jesper Lynge told AFP.

Lynge said it was up to the countries involved to give details of the cruise ship involved.

According to Danish TV2 News, six to eight armed pirates on two speed boats were observed speeding toward the Nautica, a cruiseliner that had departed from Florida and was carrying 400 passengers and 200 crew.

A French navy warship, alerted by the Danish Navy, scrambled a helicopter to the scene, which sent the pirates fleeing, TV2 News said.

Photo is of MV Nautica. UPDATE: According to its bridge webcam site here, Nautica is supposed have passed through the Red Sea and to be enroute to the Arabian Sea.
Posted by Mark Tempest at 12/01/2008 09:00:00 AM