Daniel Sekulich at Modern Day Pirate Tales offers up Pirates and peacekeepers with photos of the crew of a Chinese vessel under attack by pirates as they prepare Molotov cocktails to fight the pirates and one looking at the business end of two RPGs in the hands of pirates. Daniel also notes an ironic twist in the position of the US and the UN in dealing with Somalia. Many more photos here.

CDR Salamander does Fullbore Friday with a look at the CA-31. 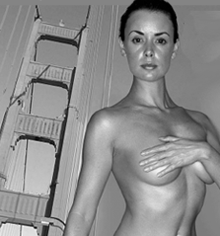 waterside. I know they cover the topic in America's Waterway Watch. For a small service, they have a heck of lot on their plate. A couple of years ago the Weekly World News reported on a different way to protect bridges from whence comes the photo. UPDATE: The surviving WWW website has an update. Maybe not work safe.

A different sort of amusement here, where professional mariners take on the ship of fools run by the self-reported pirates from Save the Whales.
Posted by Mark Tempest at 12/19/2008 11:08:00 AM