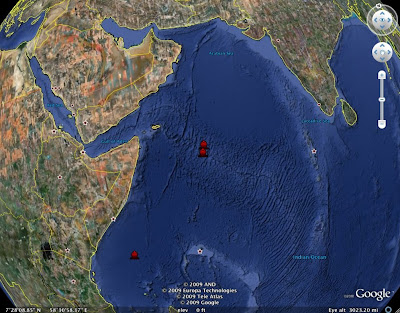 The latest ONI Worldwide Threat to Shipping Report (to 18 March 09) can be found here. Highlights:
Red "ship" icons on map reflect locations of attacks 14, 15 and 16 identified under "Indian Ocean" above. Click on map to increase size. This is an effort to show possible spread of piracy to areas not patrolled by naval forces.
Posted by Mark Tempest at 3/19/2009 08:50:00 AM