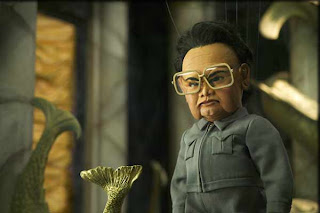 Well, one way to avoid letting somebody have any leverage over you is to reject even their help:

State Department spokesman Robert Wood says the North gave no reason for rejecting U.S. food shipments. But the decision comes amid a nuclear standoff and North Korean plans to launch a satellite next month.

Wood says the U.S. will work with non-governmental organizations to help make sure the food already in North Korea gets to the needy. The North faces chronic food shortages and relies on outside aid to feed its people.

North Korea has had to rely on international aid to feed its population of 23 million since famine struck in the 1990s.

The secretive and impoverished state is deeply uncomfortable with foreign aid workers heading deep into its countryside, seeing them as potential spies or troublemakers.

It has long sought to have the aid brought to central points and do the distribution itself. 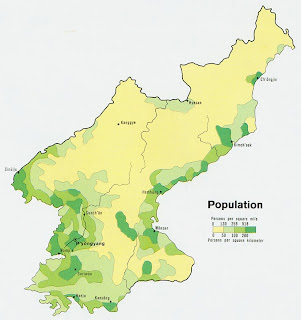 The US and the UN World Food Programme want full control over distribution to make sure the food reaches the most vulnerable and is not, as some suspect, diverted to the military.

A deal agreed in 2007 saw North Korea agree to disable its main nuclear complex in return for one million tonnes of fuel oil and other concessions.

As part of another agreement between the US and Pyongyang in May last year, 169,000 tonnes of food were delivered to North Korea.

"North Korea has refused a new consignment of American food aid, and has ordered five American aid groups to leave by the end of this month. Why do this, you may ask? Evidently, just to be assholes..."