US Sensor Systems reports on a new undersea surveillance system that shows some promise in a press release dated from August 2011:


﻿US Seismic Systems (USSI) . . . announced today it successfully completed a demonstration of its underwater harbor security system this month at a Lake Erie, PA, test site under a contract with Penn State’s Electro Optic Center sponsored by the Naval Surface Warfare Center (NSWC), Crane, IN. USSI had installed two fiber optic sonar arrays on the lake bottom to detect small craft attempting to enter a protected region of interest (ROI). The USSI system positively detected 100% of the intrusion attempts at ranges up to 4 km. USSI’s equipment was part of a much larger integrated harbor security system called Harbor Sentinel, which included surface search radar, thermal imaging cameras and Automated Identification System (AIS) ship tracking information.
***
The USSI system demonstrated the feasibility of using a very low cost fiber optic underwater sonar array to provide automated tripwire and ROI alarms in a harbor environment without operator intervention. In May, USSI achieved similar results during testing of the system in San Diego’s Mission Bay.
“There are 360 US ports and harbors that conduct trillions of dollars commerce annually. Many of these facilities, which are located in close proximity to large metropolitan centers handle a variety of highly toxic, flammable, and explosive materials,” stated Jeff Grannan of NSWC. “Damage to or destruction of containers storing these substances poses a vulnerability to critical US infrastructure, disruption of commerce, and endangerment to the surrounding population. USSI’s new sensor technology can be an effective force multiplier to assist those agencies tasked with the vital role of keeping America safe.”
“We were gratified to be selected to participate in this very important program, and were very excited that our equipment performed so well under the actual, real-life harbor intrusion scenarios,” stated Jim Andersen, CEO of USSI. “Our fiber optic sensor systems are designed for reliable, trouble-free operation in tough environments, such as in an oil well or at sea, and this highly successful test serves as just one more example of the advantages of our breakthrough technology over traditional, electronic-based sensor systems.” 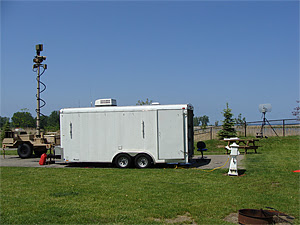 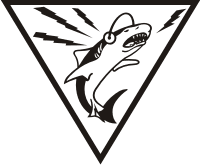 In the old days of Inshore Undersea Warfare, this sort of thing was a pipe dream.

I do note, however, that some of that stuff in the second picture looks like it came from a MIUW Unit.