Let me recommend this - Midrats Episode 92 "Afghanistan - to what end at what price?" 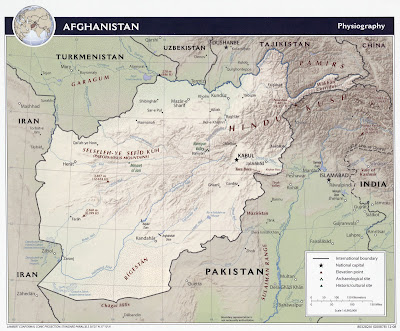 Let me suggest, for those who missed it, listening to this discussion of the U.S. role in Afghanistan after 10 years of war - you can find it at Episode 92 Afghanistan - to what end at what price? 10/09 by Midrats | Blog Talk Radio or on the Midrats iTunes page. Here's the blurb Sal wrote to advertise the show:


Over a decade in to the war in Afghanistan and over three years in to the surge of forces - have we reached the point of diminishing returns? Is the present AFG government stable enough to accept a transition? Is the present withdrawl timetable right, wrong, or just right?

Join co-hosts "Sal" from the blog "CDR Salamander" and "EagleOne" from "EagleSpeak" to discuss the past, present, and future of the AFG campaign for the full hour will their guest Michael Barrett, co-founder of Diligent Innovations, a Washington consulting firm, former Navy Intelligence Officer and director of strategy for the Homeland Security Council under President George W. Bush.

The opinion piece we discuss during the show, "Afghan Half Measures Are Costing Full Lives," can be found at Defense News here.

You may not agree with what you read or hear, but it is worth having a conversation about.

Email ThisBlogThis!Share to TwitterShare to FacebookShare to Pinterest
Labels: Afghanistan, Midrats on Blogtalkradio