I think this is a bad idea: "Promotion boards to look at energy efficiency" 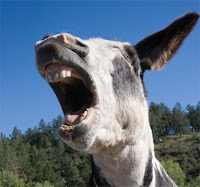 While it pains me to say it, the Secretary of the Navy continues to assert a mythical "energy vulnerability" while inserting what can only be construed as a "green" component into Navy officer promotions, as reported at Promotion boards to look at energy efficiency - Navy Times:


Navy Secretary Ray Mabus, who has spent the past two years trying to wean the service off of fossil fuels, said promotion boards will consider an officer’s energy management when deciding whether to move him up. Furthermore, Battle E commendations will be based, in small part, on a command’s ability to sip fuel instead of guzzle.

Look, if the SecNav wants to cut fuel costs that's arguably a good idea, though I would assert it is not necessary to take drastic measures that will hurt combat preparedness. What fries my bacon is his persistent assertion that there is an U.S. strategic fuel shortage and that it requires drastic steps, including pumping millions of DON money into creating a "biofuels" market. Why isn't he screaming for more nuclear powered ships? That's the ultimate effective "energy management" to beat the SecNav's concerns of reducing


. . . the sea services’ dependence on oil from adversaries while reducing the need to refuel, which takes ships out of combat while making them vulnerable to attacks.

As I have said before here, and here, the U.S. has plenty of fossil fuels to operate our Navy for hundreds of years. In the latter post I wrote, "When we claim we're "hostages" to foreign energy, we're just being stupid. Politically correct, but stupid." Develop the energy we have, and stop this nonsense.

This program of the SecNav is a another misstep in already overly "politically correct" environment.

On the other hand, sail makers should be out in force, selling "new" wind energy tools for optimum fuel savings for promotion hungry officers.

Or, hey, just tie the ships up and send the crews home to practice being at sea by playing video games and following other silly guidelines.
Posted by Mark Tempest at 10/31/2011 03:08:00 PM