Strait of Malacca Piracy: A Tanker and a Barge Rescued 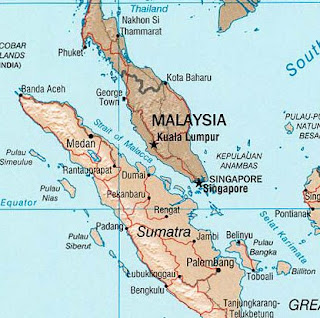 
Malaysia maritime authorities have rescued a tanker and a barge which were hijacked in the latest South China Sea pirate attacks, according to officials.

Authorities located the Malaysian-registered MT Nautica Johor Bahru off the country's east coast Friday after an alert from the shipping company that the vessel was no longer contactable.

Navy ships from Malaysia and neighbouring Indonesia managed to intercept the vessel in Indonesian waters though the pirates, about 10 men armed with a pistol and machetes, got away in a speedboat, Syed Mohamad Fuzi said.

None of the 19 crew members was injured but their belongings were stolen. The tanker was on its way from peninsular Malaysia to Borneo island, he said.

The barge was hijacked from a fishing boat in Indonesian waters Wednesday while traveling from Borneo to peninsular Malaysia, he said. The six armed pirates had left the barge, presumably to get another tug boat.

Noel Choong, head of the International Maritime Bureau's piracy reporting centre, called on authorities and ships to be vigilant.

"We hope it's not going to be a start again (of more such attacks). The authorities have to clamp down on these fast," he told AFP. "In this region ships should maintain a strict anti-piracy watch."

The cooperation between Indonesia and Malaysia is to be commended.

The Royal Malaysian Navy (RMN) and Malaysian Maritime Enforcement Agency (MMEA) rescued a tanker with a RM12 million oil and gas cargo, from a group of armed pirates in the South China Sea, Friday night.

RMN Commander of Naval Region 1, First Admiral Datuk Mohamad Roslan Mohamad Ramli said the 19 crew oil tanker MT Nautica Johor Bahru was rescued at 9.10pm after they were given clearance by Indonesia’s Sea Security Coordinating Board to pursue the vessel into Indonesian waters.