Somali Pirates: "Governments have ceded control of the Indian Ocean to pirates" 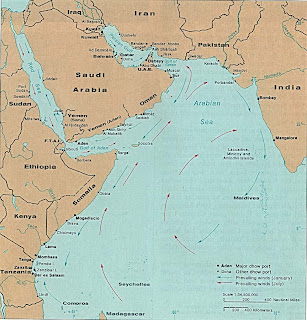 From an International Chamber of Shipping (ICS) Press Release:


Governments have ceded control of the Indian Ocean to pirates and the small deployment of naval forces to the region is like putting a band-aid on a gaping wound - so says ICS Chairman Spyros M Polemis.

And in a damning indictment of western governments, Mr Polemis will controversially suggest they would be acting differently if the many seafarers held hostage off the coast of Somalia were "Americans or Europeans".

Speaking at next week's Maritime Cyprus conference in Limassol on Monday (October 3rd) Mr Polemis will tell shipping professionals: "The fundamental problem is the lack of navy ships that are committed to protecting shipping - a band aid on a gaping wound, although the navies do an excellent job under the circumstances and we commend them for this."

In a straight-talking speech Mr Polemis is set to tell delegates that "by their own admission, the military advise that no ship is completely safe". He will say: "Sadly, one can only conclude from the current response of many governments that those thousands of seafarers that have so far been captured have simply had the wrong nationality. If they were all Americans or Europeans, the governments' attitude might have been somewhat different. It is really unacceptable that so many governments seem to feel that the current situation can somehow be tolerated, and that a box has been ticked by making a relatively small number of navy ships available to police Somalia's waters and the entire Indian Ocean."

Apologising for his "depressing" remarks he is set to conclude: "We appreciate that governments have many competing priorities, but I am afraid that they still seem to be lacking a coherent strategy to tackle the pirates head on."

While acknowledging that adherence to Best Management Practices and the use of private armed guards can both reduce the risks of capture, Mr Polemis will say that the escalating use of armed guards represents a failure by the international community to find an effective solution to the situation and will call for an increase in military force deployed to the Indian Ocean.

"I do wish to stress that, despite acknowledging their use, private armed guards do not represent a long term solution. Rather, their use actually signifies a failure on the part of the international community - and those governments with significant military forces - to ensure the security of maritime trade on which the whole world depends. Governments don't like it when we say this, but the reality is that they have ceded control of the Indian Ocean to the pirates.

He will continue: "The use of private guards does not mean that military forces are no longer needed. Far from it - they are needed more than ever and should be greatly increased in number."

ICS is in close contact with both EUNAVFOR and NATO discussing practical solutions to the problems in the Indian Ocean including a possible blockade of the Somali coast and tackling pirate 'motherships'. ICS is also in discussion with Flag States to ensure they take a coherent pan-industry approach to producing a proper framework for the use of armed guards.

Mr. Polemis is off base in suggesting that there is some sort of racial or ethnic reason behind the limited supply of naval forces protecting commercial shipping from men in small craft in a huge ocean. Quite simply, there are simply not enough available warships to do the job.

I have suggested a way around the shortage of warships, as set out in Department of Cheaper Pirate Fighting and the links therein.Notably, a number of private firms have taken up this challenge by providing their own security vessels.

The bias toward the high number of Third World nationals held by pirates lies in the hiring by commercial shipping companies of the lowest cost labor to sail the ships. {UPDATE: Sort of an aside (but in keeping with the topic) Shiptalk has a report of wage cheating of Filipino sailors here). These are generally Third World sailors getting extremely low pay and few benefits. "Europeans" and "Americans" are too high cost to sail these ships. These sailors often serve on ships not capable of meeting the speed standards necessary to out run a pirate attack and also serve on ships whose flag states do not allow private armed security teams on board. Further, many of the ships attacked are not sailing in convoys protected by the naval escorts that are out there.

Convoys are run by the Japanese, Russians, Thais and South Koreans.


See here where the US Navy Office of Naval Intelligence publishes the sailing schedules:


3. (U) Counter-Piracy and Maritime Crime Announcements and Advisories

There is nothing preventing a similar north-south convoy system, as I proposed in How to Beat the Somali Pirates.

The most effective anti-pirate efforts lie in the ship owners undertaking the effort to allow their crews to be defended by armed security, higher speed vessels and compliance with the Best Management Practices.