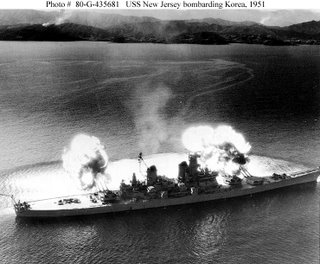 There are people in the U.S. intelligence community who are revealing the nation’s most precious secrets.

The media aspire to be the public’s watchdog? Ever on the prowl to promote good government? Okay, here we have public officials endangering American lives. Public officials whose violation of a solemn oath to protect national defense information is both a profound offense against honor and a serious crime.

Not on your life.

National-security secrets? All fair game. If it’s about how we detain, or infiltrate, or defang the monsters pledged to kill us, the New York Times reserves the right to derail us any time it finds such matters … interesting.

But the media’s own sources? That, and that alone, is sacrosanct. Worth protecting above all else.

National-security secrets, after all, are merely the public treasure that keeps us alive. Press informants are the private preserve of the media.

And they’re just more important than you are.

Time to get some investigators and throwing some self-righteous reporters and editors in jail until they reveal who is feeding them the information. And the press releases should announce exactly what Mr. McCarthy spells out early in his piece:

...you have only one defense: Intelligence. Superpower power is useless. What are you gonna do? Hit them where they live? Bomb Hamburg? Bomb London? Bomb New York?

Not an option. Your nukes, stealth fighters, carpet bombers … they’re largely irrelevant. This is not about killing an advancing brigade. It’s about killing cells. A handful of operatives here and there, nestled among millions of innocents.

The real challenge is not how to kill them — or at least capture them. It’s how to find them. How to identify them from among the hordes they dress like, sound like, and even act like … right up until the moment they board a plane. Or wave cheerily alongside a naval destroyer. Or park their nondescript van in the catacombs of a mighty skyscraper.

The only way to prevent terrorist attacks is to gather intelligence. It is to collect the information that reveals who the jihadists are, who is backing them with money and resources, and where they are likely to strike. There is nothing else.

The NY Times and its ilk have done some serious damage and they need to pay for the blood that will spill as a result. You know, "in the public interest."
Posted by Mark Tempest at 6/26/2006 10:56:00 PM