San Francisco to get Honolulu nose 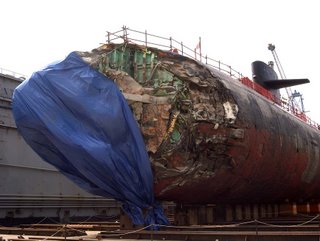 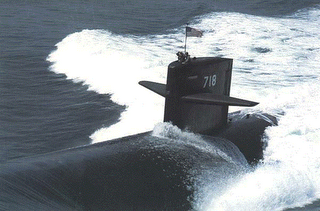 At the Puget Sound Naval Shipyard, workers are preparing to transplant the nose of a retiring submarine -- the USS Honolulu -- onto the USS San Francisco, which was damaged when it ran into an undersea mountain in 2005.

"A bow replacement on an operational hull is unique and has never been accomplished before," said Pat Dolan, a spokeswoman for Naval Sea Systems Command in Washington, D.C.

The operation, scheduled to begin in November, will take nearly two years to complete and is expected to save taxpayers tens of millions of dollars.

The USS Honolulu is on its final deployment. The San Francisco has been in Bremerton since September, awaiting permanent repairs. Both are Los Angeles-class submarines. The San Francisco is four years older than the Honolulu, but it was overhauled in 2000-2002.

Replacing the bow is expected to cost $79 million, Dolan told The Kitsap Sun newspaper. That's well below the $170 million that would have been required to refuel the Honolulu's nuclear reactor; the San Francisco was refueled during its overhaul.

The San Francisco's bow was severely damaged when it hit an undersea mountain near Guam in January 2005. One sailor was killed, and nearly 100 were injured.