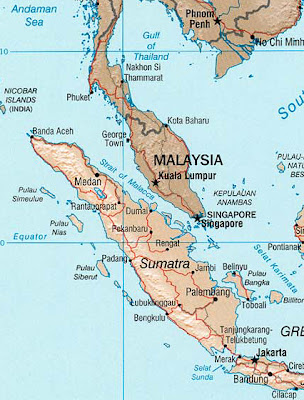 A warning not to get too smug due to the decline in piracy in Malacca Strait:

Mukundan said a new problem posing a risk to seafarers was the rise in incidents of hostage-taking and kidnapping.

"It is a worrying trend, especially in Somalia and Nigeria," he said, referring to incidents in the first three months of 2007. He declined to elaborate.

The IMB will release its first quarter piracy report on Tuesday.

Mukundan said last year 263 crew were taken hostage or kidnapped worldwide, adding that three people had not been recovered, "believed to be killed."