Stanford study: Ethanol can be bad for your health 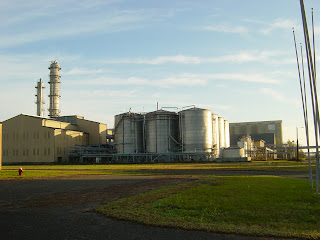 Ethanol is widely touted as an eco-friendly, clean-burning fuel. But if every vehicle in the United States ran on fuel made primarily from ethanol instead of pure gasoline, the number of respiratory-related deaths and hospitalizations likely would increase, according to a new study by Stanford University atmospheric scientist Mark Z. Jacobson. His findings are published in the April 18 online edition of the journal Environmental Science & Technology (ES&T).
***
"Ethanol is being promoted as a clean and renewable fuel that will reduce global warming and air pollution," said Jacobson, associate professor of civil and environmental engineering. "But our results show that a high blend of ethanol poses an equal or greater risk to public health than gasoline, which already causes significant health damage."
***
"There are alternatives, such as battery-electric, plug-in-hybrid and hydrogen-fuel cell vehicles, whose energy can be derived from wind or solar power," he added. "These vehicles produce virtually no toxic emissions or greenhouse gases and cause very little disruption to the land—unlike ethanol made from corn or switchgrass, which will require millions of acres of farmland to mass-produce. It would seem prudent, therefore, to address climate, health and energy with technologies that have known benefits."

Of course, he does not discuss the environmental impact of producing batteries, fuel cells, etc, including disposal costs... 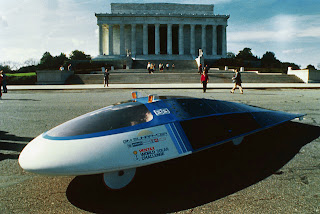 The most contested property of Ethanol is its Net Energy Balance, the energy ethanol provides minus the energy used to make ethanol.[1] We will calculate our estimate of the net energy balance through this research. It is important to note that the NEB of Ethanol or any other fuel that is burned cannot be positive (Patzek 2006). The Second Law Of Thermodynamics implies that any energy conversion, solid to liquid to gas for ethanol, results in a negative net energy balance.[2] The same applies for gasoline (liquid to gas). The question becomes whether the external benefits of ethanol relative to gasoline, less pollution and domestic production, justify the negative pre-externality NEB.

Many complicated choices influence the calculation of Ethanol’s NEB. For example, the benefits of less pollution and an increase in US domestic production make ethanol more rational than gasoline – but how much do these count for energy credits when calculating ethanol’s NEB?

Now, take the assumption of the "benefits of less pollution" out of the equation or modify by new knowledge and how's the NEB do?

Factories that convert corn into the gasoline additive ethanol are releasing carbon monoxide, methanol and some carcinogens at levels "many times greater" than they promised, the government says.
***
Volatile organic compounds (VOCs) being released by the ethanol plants include formaldehyde and acetic acid, both carcinogens. Methanol, although not known to cause cancer, also is classified as a hazardous pollutant.

The fumes are produced when fermented corn mash is dried for sale as a supplement for livestock feed. Devices known as thermal oxidizers can be attached to the plants to burn off the dangerous gases.

Recent tests have found VOC emissions ranging from 120 tons a year, for some of the smallest plants, up to 1,000 tons annually, agency officials said. It isn't known whether the chemicals are hazardous to nearby residents, they said.

When the plants were built, many reported VOC emissions well below 100 tons a year, allowing them to bypass a lengthy and stringent EPA permitting process. Plants with emissions above 100 tons annually are classified as "major sources" of pollution under the Clean Air Act and are more heavily regulated.

States started measuring VOC emissions at ethanol plants about a year ago following complaints of foul odors. One small facility in St. Paul, Minn., had to install $1 million in pollution control equipment to reduce the emissions.

"To the extent that this new test procedure is identifying new VOC emissions, the industry has certainly agreed to address those," said Bob Dinneen, president of the Renewable Fuels Association, the recipient of EPA's letter.

A report over concerns of "lowering pollution standards" for ehtanol plants here:

Clovis resident Frank Dottle, an organizer of a local group that opposes construction of a plant just west of Clovis that would produce 108 million gallons of ethanol a year, felt the new standards would allow the company to make more money by producing more of the fuel additive at the plant, and that would create more pollution.

“It just leaves the door wide open to increase production any time they want to now,” Dottle said. “I think there will be a pretty good fight to change (EPA guidelines) to where it’s not like that.”

The Environmental Protection Agency modified the definition of “chemical process plants” earlier this month. According to the EPA’s Web site, the change for ethanol plants was made because creating ethanol for human consumption and as a fuel source are generally similar processes.

The new standards would allow 250 tons per year to be emitted in pollutant categories, up from 100 tons annually.

ConAgra Trade Group Spokesperson Melissa Baron said at this point, the EPA’s changes won’t affect the Clovis Ethanol plant, which would process corn into a fuel additive. The plant would be located about three-tenths of a mile from Clovis city limits off U.S. 60/84.