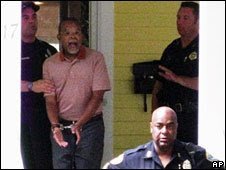 He Said/V.I.P. Said by Mark Steyn on National Review Online:

By common consent, the most memorable moment of Barack Obama’s otherwise listless press conference on “health care” were his robust remarks on the “racist” incident involving Prof. Henry Louis Gates and the Cambridge police. The latter “acted stupidly,” pronounced the chief of state. The president of the United States may be reluctant to condemn Ayatollah Khamenei or Hugo Chávez or that guy in Honduras without examining all the nuances and footnotes, but sometimes there are outrages so heinous that even the famously nuanced must step up to the plate and speak truth to power. And thank God the leader of the free world had the guts to stand up and speak truth to municipal police sergeant James Crowley.

Sometimes you have to judge a man by the size of the opponent he picks.