There's Nothing Like Experience: A Short Report on Unintended Consequences 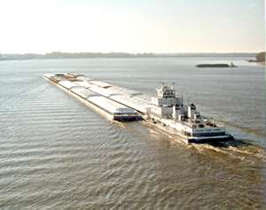 From the U.S. Coast Guard Home Page a link to an AP report on why some things maybe can't be rushed: Tugboat pilot plan may have backfired:

A federal program to recruit more tugboat pilots may have backfired by allowing thousands of novice captains to take the helm and contributing to a 25 percent increase in the number of accidents on the nation's rivers.

An Associated Press review of Coast Guard records indicates that the U.S. tugboat fleet is increasingly piloted by captains who have spent as little as one year in the wheelhouse.

"The system has failed," said David Whitehurst, a tug captain and member of the board of directors for the National Mariners Association, a national tug workers' group based in Houma, La.

"We have the highest horsepower in history, pushing more tonnage than ever in history, with the least knowledgeable personnel in history. It is a disaster. Look at the accidents we've had in the past few years."

Said Richard Block, secretary of the mariners' group: "You can't learn to run a towing vessel overnight, and some of these companies are simply rushing it too much."

Pushing or pulling barges piled high with freight, today's river tugboats are the 18-wheelers of the waterways, transporting all manner of goods such as oil, grain and chemicals.

At the start of the decade, the Coast Guard was under pressure from the shipping industry to revamp its training and licensing process for river pilots because an older generation of captains in their 50s was beginning to retire, creating a labor shortage.

The agency scrapped the time-honored "master's system" in which captains hand-selected rookies for pilot training. Instead, officials began allowing companies to pick trainees and pay for them to become "apprentice steersmen."

Under the new system, someone can get behind the controls of a tug after just a year, whereas the old arrangement required new pilots to spend years working their way up to the captain's seat.

And it's not because more goods are getting shipped. Over that same span, cargo volumes rose by only about 3 percent.

Email ThisBlogThis!Share to TwitterShare to FacebookShare to Pinterest
Labels: Safety