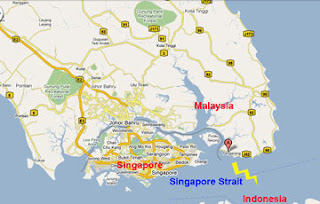 Six masked men had boarded the PNG Express early Tuesday in waters off Johor state, and tied up the ship's Malaysian captain and 15 crew - all of whom are Thai nationals - before robbing them of their belongings, said federal marine police commander Isa Munir.
*** 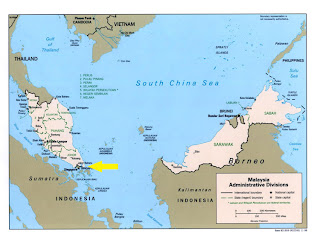 All the suspects are Indonesians with valid passports.

'We managed to recover all stolen items along with four machetes, four masks and binoculars belonging to the suspects,' said Isa.

Five arrests, one escapee who jumped overboard to avoid arrest and for whom there seems to be no search and rescue effort.
Posted by Mark Tempest at 7/21/2009 06:49:00 AM