An email from my Congressman 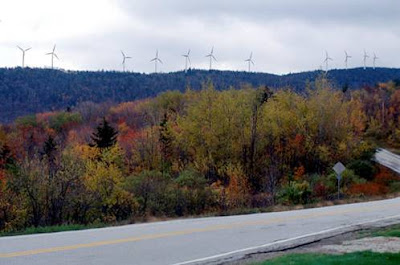 When the vote on the "cap and trade bill" bill was pending before the U.S. House of Representatives, I dispatched a little note to my representative, urging him to vote against the bill. Here's his response from yesterday in blue, with my comments in red:

Thank you for contacting me about H.R. 2454, The American Clean Energy and Security Act of 2009 (ACES). I appreciate hearing from you [I'm sure you do not, since I disagree with you].

For too long, our country's dependence on foreign petroleum products [so we should be drilling off our own shores and developing oil shale and coal gasification projects, right?] and other non-renewable sources of energy [if you mean all that coal and natural gas and domestic oil that provide jobs for Americans why don't you say so? Do you consider uranium used in non-air polluting nuclear reactors as "non-renewable?"] has undermined our national security [another argument for drilling on our own shores and developing oil shale, bio fuels and etc.], polluted the air [So, assuming we stop buying "foreign oil" (too bad for you Canada and Mexico) then no other country will then rush forward to buy that oil and use it, often in ways far more polluting than in the ways we use it?- doesn't, in fact, the U.S. use of oil, under the guidelines for pollution already existing actually benefit the planet? Further, wasn't it under the guise of "clean air" that we adopted all those ethanol standards that resulted in lowering gas mileage and increasing pollution from ethanol plants and increasing food and other prices?] and delayed development of alternative forms of energy [hard to drive your car using wind or solar power - but I understand bio-diesel and other synfuel projects show promise]. ACES moves our country away from this dangerous dependence on foreign oil and toward energy Independence [so would "drill here, drill now" but I bet you don't support that]. ACES sets forth a comprehensive energy framework that limits carbon emissions [which may or may not be a problem], promotes utilization of renewable energies [tax incentives that distort the market] and provides incentives for the development of green jobs [i.e. throws tax money at the problem in hopes that something might work, rather than allowing the market system to work through the problem at less expense to tax payers - and which really only may replace jobs lost due to other Congressional mandates].

ACES requires electric suppliers that sell more than four million megawatt hours of electricity to consumers per year to meet a percentage of their load with renewable energy forms beginning in 2012 [Congressman: Do you have a wind turbine on your beach or mountain property? See the photo above -looks lovely, doesn't it? Do you want one visible from your front window? Wood is a "renewable resource - is it okay for power plants to convert to burning trees?How about building some more hydroelectric dams? Might that cause some endangered species issues? More nuke power plants? Can we store the nuclear waste in your backyard?]. ACES also limits the amount of greenhouse gases that certain industrial and large-scale emitters release into the air [what if your understanding of greenhouse gases is wrong - is it worth placing the cost of this on the tax paying public until the research is better understood on a scientific basis?]. ACES requires that by 2020, greenhouse gas emissions are cut by at least 17 percent below 2005 levels [which factories in your district will close and move overseas, taking their jobs with them in order to avoid this cut and the ones that are sure to follow?]. This reduction is equal to removing 500,000,000 cars from the roads [Since the U.S. doesn't have 500,000, 000 cars on the road, exactly which other countries burden are we picking up here at our expense?].

The bill's clean energy requirements will stimulate private sector investment in energy technologies and will create an estimated 51,000 new jobs in North Carolina [Exactly how will this bill do that? I note in the next sentence you offer up incentives for private sector "initiatives" - shouldn't the "clean energy requirements" be stimulation enough as you imply here?]. In addition to promoting private sector investment in energy technologies, ACES will fund renewable energy and energy efficiency initiatives [?], including the following: a financial assistance program for retooling existing factories for the manufacture of electric vehicles [electricity produced how, exactly? Nuke power plans, coal fired plants, hydroelectric dams, wind farms on your beaches? - and what do we do with those used batteries that electric cars will generate?], a program to develop and commercialize clean energy technologies [what a wonderfully meaningless phrase] , grants to community development organizations to promote energy conservation in low-income rural and urban communities [paying off some political debt to "community development organizations" by soaking tax payers to tell people to go around shutting off air conditioners, televisions and riding mass transit?] and grants to colleges to develop programs of study that prepare students for careers in renewable energy and energy efficiency [we used to call that "engineering school" where they earned "engineering degrees" - many colleges in North Carolina already have such programs - UNC Charlotte, North Carolina State and Duke come to mind - and I'll bet there are lots of programs at the community college level, too, already].

With a combination of price spike protections, energy refunds and cost-saving technology [How, by re-distributing tax payer money from the "wealthy?"], this bill will protect consumers [From who or what, exactly? Congressional mandates that will raise prices? Community organizers?], keep costs low [How, again?], and protect current jobs [Except those in the auto, coal, oil, refining and natural gas industries] by helping energy-intensive industries transition to a cleaner, more profitable future [How, exactly? What's the profit model you envision, exactly?]. According to the Environmental Protection Agency (EPA), the legislation would cost a typical American household less than a postage stamp per day, or less than $111 a year [Give me cite to this one . . and over what time period? If I have to replace my cars, my refrigerator, air conditioning and heating units, redo my windows and re-insulate my house, it's gonna cost me more than that per year]. Lower income households will see no cost increases [Is that because you are shifting the cost to actual tax paying households?]; in fact, the Congressional Budget Office found that the legislation would actually save lower-income households $40 per year [And which year will that be?]. To maintain fiscal responsibility, the bill will not increase the deficit over the next ten years [Meaning until its provisions kick in?].

Though the bill is not perfect [Not even close], I believe it is a step in the right direction [Sometimes, Congressman, it's better to do nothing than to do the wrong thing, even if you have good motives]. On June 26, 2009, ACES came before the House for a vote. I voted for the bill and it passed by a margin of 219-212 [Imagine that - 212 Representatives who don't agree with you on this bill - they must be really dumb]. The bill has been referred to the Senate for further action.

Again, thank you for contacting me about this issue. Please contact me about other issues important to you. [Count on it][By the way, I'm sure you set a good example by walking from North Carolina to Washington or taking your electric car or solar powered airplane or train, right? And your house is solar or geothermal powered with your own wind turbine and every appliance you own meets the highest energy savings standard, including the use of those mercury polluting energy saving light bulbs? Right?]

Email ThisBlogThis!Share to TwitterShare to FacebookShare to Pinterest
Labels: Congress