During the next four months one of the Swedish Coast Guard aircraft, a DASH 8, will monitor the waters off the coast of Somalia providing the Force Commander with essential information on the movements of ships in the area. 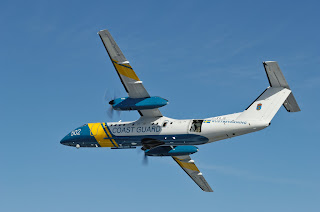 The Swedish Project Manager of the MPA in Seychelles Lars Franzen stated “We have just completed our first flight within the EU NAVFOR and we were in the air for around 6 hours. The flight was diverted because of suspicious activity in a particular area and It turned out to be suspect pirates who were remaining close to a fishing vessel. We were able to alert the Force Commander and document the incident.”

This is the first time a MPA from the Swedish Coast Guard has participated in an international operation of this type. The MPA is a DASH-8 Q-300 equipped with several advanced surveillance systems that makes it one of the worlds’s most advanced sea surveillance aircraft. The MPA is manned by a civilian crew.

From the Swedish CG website:(Google translation)

In the spring, one of the Coast Guard planes to get a completely new task.  During the four months the crew will monitor the waters off the Somali coast in the Indian Ocean. The mission is to find, document and report piracy.

In the Gulf of Aden and in the waters off the Somali coast in progress for some years now an ever more intense acts of piracy and armed robbery against many UN food shipments, and against other merchant.

A look at the sensor package (from the pdf): 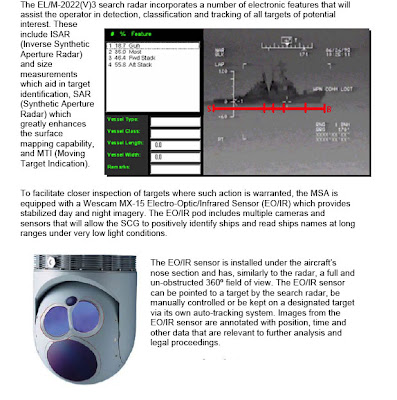