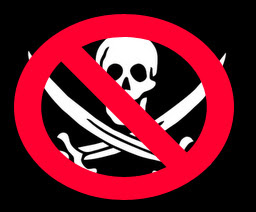 As set out here, a Somali pirate was killed, apparently by a private security guard, as he and his chums were attempting to board and seize a cargo ship off the Somali coast:


Early on the morning of Tuesday 23 March, an EU NAVFOR warship received a distress call from a merchant ship off the Somalia coast and proceeded at high speed to assist.
As previously reported, the Panamanian-flagged cargo ship, MV ALMEZAAN, en route to Mogadishu, was under attack from pirates. An armed private vessel protection detachment on board the ship returned fire, successfully repelling the first attack, but the pirates continued to pursue. A second attack was repelled and the pirates fled the area.
The EU NAVFOR frigate ESPS NAVARRA, from the Spanish Navy, was dispatched by the Force Commander, Rear Admiral Giovanni Gumiero of the Italian Navy, and raced to the scene of the incident. She launched her helicopter, quickly locating the ALMEZAAN and the pirates’ boats, known as skiffs. When the suspects failed to heed the helicopter’s instructions to stop, warning shots were fired by the aircraft, after which a team from NAVARRA boarded a skiff.
There were three boats, comprising one mother ship and two pirate skiffs. In the first skiff they found three suspected pirates and, in the second, three suspects and a fourth individual, who had died. The body has been transferred to NAVARRA, and an investigation indicated that the individual had died from small calibre gunshot wounds. The mother ship has now been destroyed and the remaining six suspects have been taken onboard the NAVARRA.

This may be the first reported killing of a pirate by a onboard private security guard since the current wave of Somali piracy began several years ago.

Naturally, this has resulted in some folks getting their panties in a twist.

For example from the BBC:


A number of suspected Somali pirates have been killed by international forces during rescue operations but this is thought to be the first time private security guards have killed a pirate in defence of a ship. Pirates are known to use fire-arms and rocket-propelled grenades in their attacks on ships but rarely harm the crews of vessels they capture.
Several organisations, including the International Maritime Bureau (IMB), have expressed concern that the use of armed security contractors could encourage pirates to be more violent when taking a ship.

Yes, you read it right. Fighting back against people shooting at you with automatic weapons and RPGs will somehow cause an escalation of violence.

Of course, you should also be aware that the United Nations does not support the idea of a right to armed personal self-defense, see here.


“This could be the beginning of a violent period,” says E.J. Hogendoorn, head of the Horn of Africa program at the International Crisis Group’s office in Nairobi. “If [the pirates] see guys with shiny barrels pointing at them, they might fire first.” 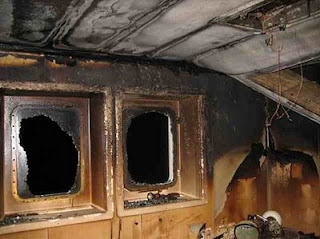 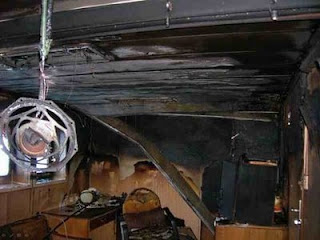 And here are some photos from an attack on the tanker Dubai Princess from June 2009: 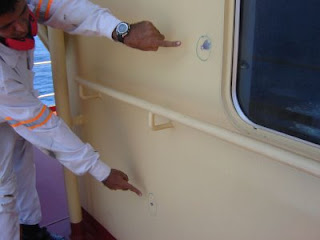 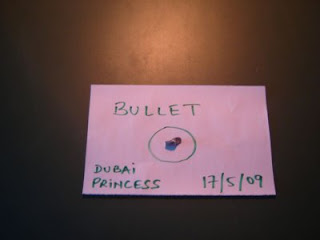 As you can see for these two examples, the pirates are already threatening the lives of sailors with rocket propelled grenades and automatic weapons and doing so without provocation.

I think, Mr. Hogendoorn, you have missed the point. Ocean going vessels are not being stopped at sea because the pirates ask them politely to stop. They are stopped because the crews fear for their lives because of violence brought to them by the pirates.