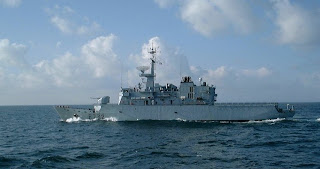 On Sunday, March 7, 2010, the French frigate Nivôse acting within the framework of the European operation Atalanta stopped eleven pirates operating off the coast of Somalia. Those captured were added to the twenty-four suspected pirates already held aboard the frigate. L'Atalante transaction records and the most important decision made by pirates in the Somali Basin.

This capture is the result of a combined European military capabilities implemented by the operation Atalanta: the French frigate Nivose, the Italian oil tanker "Etna", flagship of the operation, and a Spanish aircraft maritime patrol.

Set alert the staff of the operation Atalante from information collected by the Spanish airline, the frigate Nivôse rallied the area, preceded by its Panther helicopter and helicopter Etna. The fast boats from the frigate intercepted a mother ship and two skiffs, "marked" by helicopters. The warning shots were necessary to deter the pirates to flee.

Since March 5, the frigate was already Nivôse intervened three times in succession to intercept pirates and eleven eleven March 5, and two additional March 6. She has contributed to the seizure of four mother ships and six skiffs and dismantled the activities of four groups of pirates.

The oil tanker "Etna" since December 2009 is the flagship operation of the Atalante and take on board the General Staff, commanded by Admiral Italian Giovanni Gumiero. 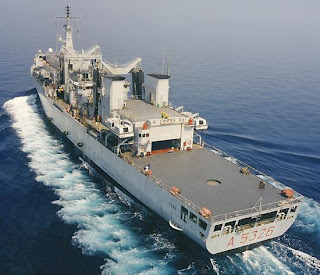