Some Somali pirates have been captured after they mistook the German Navy oiler FGS Spessart, a civilian manned German navy support ship, for a commercial vessel and attacker her, as reported here:

USS BOXER, At Sea – In a show of international sea power in the Gulf of Aden, seven nations representing three task forces coordinated efforts to pursue a skiff after the pirates on board opened fire on a German oiler, the Federal German Ship (FGS) Spessart, March 29.

At approximately 3 p.m. yesterday, FGS Spessart, reported that they were being attacked by pirates who may have mistaken the naval supply ship for a commercial merchant vessel. An embarked security team aboard the ship returned fire on the suspected pirates during the initial attack. 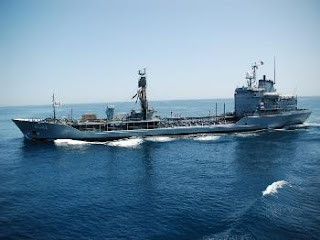 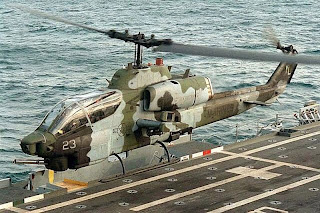 Upon boarding the skiff, the team found seven suspected pirates and their weapons. The suspected pirates were disarmed and transferred to the German frigate Rheinland-Pfalz where they will remain until a final determination is made regarding potential prosecution.

While this event showcased the incredible international naval capabilities operating in the Gulf of Aden, it also highlighted the complexity of counter-piracy operations. The crew of Spessart and the embarked security team provided the critical first line of defense, utilizing defensive measures that are essential for all ships operating in the region. Moreover, nearly five hours transpired between the time Spessart’s armed security team thwarted the initial attack and when an armed boarding team was within range of the pirate skiff. In the interim, armed coalition aircraft kept the suspected pirates from getting away.

This incident in the Gulf of Aden happened at a time when other pirates have been operating well off the eastern Somali coast. The area off the coast of Somalia and Kenya when combined with the waters of the Gulf of Aden equals more than 1.1 million square miles, roughly four times the size of Texas or the size of the Mediterranean and Red Seas combined. In a region this large merchant mariners must often serve as the first line defenders against pirates, because naval forces will likely not be close enough to respond.

You know, it occurs to me that but for the embarked security team, the pirates might have been able to pull off an embarrassing feat of arms. FGS Spessart's crew consists of "12 officers and 34 seaman" normally unarmed . . .
Posted by Mark Tempest at 3/31/2009 07:30:00 AM