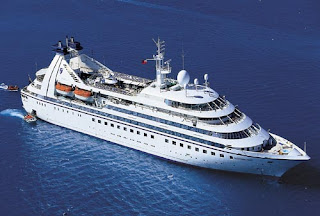 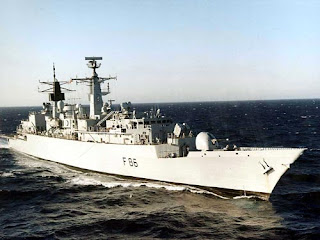 Just two years after outrunning pirates off Somalia, the cruise liner Seabourn Spirit has been saved from a potential repeat attack.

Royal Navy warship HMS Campbeltown responded to a call for help from Seabourn Spirit ... as the liner transited for Muscat, Oman.

The cruise ship's crew had grown increasingly concerned about small skiffs believed to be pirates closing on their position.

Over 120 nautical miles away Campbeltown's maritime attack Lynx helicopter was dispatched to the scene, armed with its machine gun to reassure the cruise liner, and if necessary intercept the pirates.

By the time the helicopter reached the liner the skiffs had disappeared.
***
Campbeltown is currently one month into a seven-and-a-half month deployment east of the Suez Canal. Up to and including Christmas, the ship is operating in the Red Sea and Gulf of Aden.