Hunting for the "Mother Ships" of Somali pirates 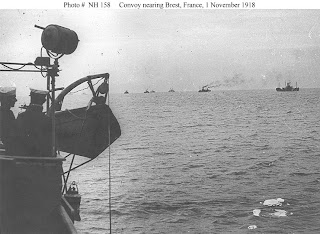 The U.S.-led coalition working to secure sea lanes beset by pirates believe skiffs like the ones used in the attack on the Japanese ship must have come from elusive "mother ships."

"The small boats which are used for piracy could not travel," from shore as far into the ocean as ships have been attacked, said Commodore Khan Hasham of Pakistan, one of the U.S. allies in the anti-piracy operation. "So they needed a mother ship from which the pirates could launch skiffs."
***
The patrols address a growing problem. The International Maritime Bureau has recorded 31 attacks off Somalia this year but believe many more go unreported. The 31 includes the seizure a month ago of the Japanese tanker carrying as much as 40,000 tons of highly explosive benzene in the Gulf of Aden.

Initially, American intelligence agents worried terrorists from Somalia's Islamic extremist insurgency could be involved, and might try to crash the boat into an offshore oil platform or use it as a gigantic bomb in a Middle Eastern port. When the Japanese vessel was towed back into Somali waters and ransom demanded, the coalition was relieved to realize it was just another pirate attack.