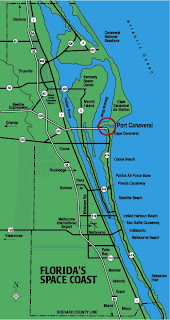 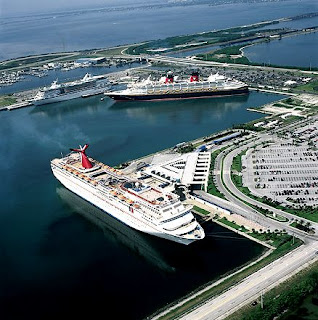 Pretty well done article on the issues facing maritime security folks in a busy port where small boats and big ships minglehere by a Kimberly Moore of Florida Today:

At the Small Vessel Security Summit this summer in Washington, D.C., Coast Guard officials recommended to lawmakers that all 17 million boat operators in the United States -- including tens of thousands in Brevard County -- should carry identification when they are on the water. They said it would help Homeland Security build a database of people found in restricted waters, such as some places within Port Canaveral and Mosquito Lagoon.

In addition, officials would like boats to come equipped with Global Positioning Systems so problem boaters could be tracked.

Some local sport and commercial fishermen said they don't mind carrying identification, but suggest that security officials are targeting folks who just want to do their jobs.

Officials' concern stems from an attack on the U.S.S. Cole in October 2000 in the port of Aden, Yemen.

Suicide terrorists used a rubber dinghy laden with explosives to blow a hole in the side of the $1 billion missile destroyer, killing 17 servicemen and women.

The incident also spotlighted the vulnerability of ships in ports.

Brevard County has licensed more than 40,500 small boats, defined as vessels being less than 109 feet long.

More than half of those boats are between 16 and 26 feet long, larger than the dinghy used to attack the Cole.
***
Rosalind Harvey, Port Canaveral's director of communications, said the port pays the state to patrol its waters, while the Brevard County Sheriff's Office monitors the docks to maintain security.

In addition, the Coast Guard has a heavy presence at the port.

"There are several layers of security at the port," Harvey said. "There's landside and waterside. Some you do see. Some you don't see."

# 200 feet away from berthed Navy vessels.

However, large ships and small boats share the same waterways as they come and go at the port.

"We don't have anything to counteract that," said Moore, who attended the June summit in Washington. "We need to be more aware of what's going on around us on the water. We need to know that if we see something out of the ordinary, we should report that."