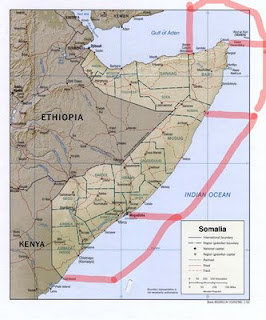 Protecting merchant shipping and World Food Program shipping from Somali pirates is a good thing, but protecting the rich Somali fishing grounds from exploitation by other international fishing fleets also ought to be a priority of the UN until Somalia has a government capable of looking after its own interests. I have noted the problem facing the Somali fishermen before. See here and at the links therein. 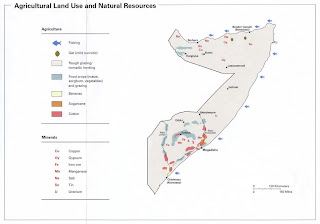 The Somalis have asked for U.S. help before (see here) and there are some arguments that the pirates have been capturing fishing vessels poaching in Somali waters:

Pending the development of a unified national government in Somalia, the UN probably ought to undertake a declaration of the Somali EEZ as some sort of "UN protectorate" and sanction the patrolling of those waters for the benefit of the Somali people. This also has the benefit of taking out the only possible legitimate reason the Somali pirates have for capturing ships off Somalia...
Posted by Mark Tempest at 11/29/2007 09:29:00 AM