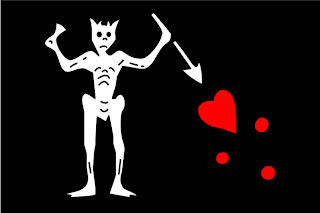 Gulf of Aden / Red Sea : A number of suspicious craft reports have been received. These craft either set a collision course, or pursue the ships. Mariners advised to be cautious. In the past, some of the vessels have been fired upon.
# Somalian waters : The IMB Piracy Reporting Centre has received 26 actual and attempted attacks so far this year. Many more attacks may have gone unreported. Some pirates are dangerous and would fire their automatic weapons at ships to stop them. Occasionally, they would use their RPG (Rocket Propelled Grenade) launchers at ships. Pirates are believed to be using “mother vessels” to launch attacks at very far distance from coast. These “mother vessel” is able to proceed to very far out to sea to launch smaller boats to attack and hijack passing ships. Eastern and Northeastern coasts are high risk areas for attacks and hijackings. Vessels not making scheduled calls to ports in Somalia should keep as far away as possible from the Somali coast, ideally more than 200 nautical miles.

G. WEST AFRICA:
.
1. CAMEROON: Ambush on Cameroon military by unidentified gunmen, military
personnel killed 12 Nov 07, Bakassi Peninsula. Unidentified gunmen reportedly dressed in Nigerian military uniforms and traveling in seven speedboats ambushed a Cameroon military post. Additional reporting indicates the ambush was against a boat carrying food and supplies to Cameroonian soldiers on the peninsula. The attackers seized the soldiers weapons leaving others wounded. The Nigerian military stated they did not have any hand in the attacks and blamed militants from the volatile Niger Delta region. Nigeria handed the sensitive and oil-rich Bakassi Peninsula over to Cameroon in August 2006 after a ruling by the International Court of Justice
(AFP, BBC, LM: allafrica.com, Daily Triumph).
.
2. NIGERIA: Suspected militants attack Nigerian Navy 25 Nov 07, Soku, Akuku Toru Local Government Area of Rivers State, Port Harcourt. Suspected militants attacked four patrol boats of the Nigerian Navy, leading to a fierce gunfight. The naval boats were on their routine patrol of the creeks when they were attacked by approximately 30 boats that were fitted with machine guns. Sources stated that the militants fled after they came under superior firepower. The speedboats used by the militants were sunk. It is unknown if there were any casualties (LM:
THISDAY, afriquenligne.fr).
.
3. NIGERIA: Container ship boarded, robbed 24 Nov 07 at 0345 local time in position 06:17.8S – 003:21.2E, Lagos anchorage. Four armed robbers in a small wooden boat boarded the vessel from the aft. They stole the ship’s stores and escaped. No injuries to crew (IMB).
.
4. NIGERIA: Tanker boarded, robbed 21 Nov 07 at 0212 local time while drifting in position 06:12N-003:18E, 15 miles from Lagos shore. Five pirates armed with knives boarded the vessel. The duty crew spotted the pirates and informed the duty officer. The alarm was raised and the crew mustered. The pirates escaped with the ship’s stores (IMB).
***
3. GULF OF ADEN: Vessel reported suspicious approach 08 Nov 07 at 0400 local time, while underway in position 13:48N-053:45E, north of Socotra Island. While the
vessel was traveling at 16.5 KTS, an officer aboard the vessel noticed one unlit target 3NM of the port bow with a speed of 19 KTS. Once the suspicious craft was approximately 1NM from the ship, it reduced its speed to 16.5 KTS and was trying to meet the ship. The master was called and the general alarm was raised. All crew mustered and were sent all around the ship with radios. All deck lights switched on and continuous alarm was raised as well as the whistle and the crew made banging alarm in different places of the ship’s side. At 0430 local time, another unlit boat observed 2NM of port bow. At 0445 local time, boats headed towards Socotra Island and went away (Operator).
***
N. ENVIRONMENTAL AND ECONOMIC NON-STATE ACTIVIST GROUPS:
.
1. SEA SHEPHERD: Sea Shepherd’s two month campaign Operation MIGALOO will
commence 28 Nov 07, Southern Ocean. Beginning 28 Nov 07, Captain Watson and his
volunteer crew will leave for the Southern Ocean and should arrive in an international whale sanctuary before the Japanese fleet. The radical conservation group says it’ll do everything in its power to stop the Japanese from killing more than 1000 whales, including ramming the whaling ships if necessary to try to stop the whalers (REUTERS, AAP, LM).
.
2. GREENPEACE: Greenpeace vessel (ESPERANZA) attempts to track the Japanese
whaling fleet, 18 Nov 07, Antarctic Ocean. Japan’s whaling fleet consisted of four vessels, which departed Shiomnoseki port to hunt famed humpback whales. Japan’s whaling fleet insists that killing 950 whales or more, including 50 humpbacks is for research. The (ESPERANZA)waited outside of Japanese coastal waters and will try to track the whalers to Antarctic waters and use non-violent tactics to stop the hunters (AFP, UPI, LM: chron.com).
.
3. GREENPEACE: Greenpeace activists attempt to block shipment 25 Nov 07 in the
evening, Porvoo, Finland. Protestors aboard approximately five rubber boats were attempting to block a ship carrying 9,000-10,000 tons of palm oil from reaching the company’s Kilpilahti refinery. Police and the Coast Guard eventually forced the boats used by the environmentalists back to shore, and a total of 33 activists from different countries were arrested. According to Greenpeace, the police removed the fuel tanks from three of their boats on land and then the Coast Guard towed one of the boats ashore (LM: allheadlinenews.com, YLE Uutiset).
.
4. GREENPEACE: Greenpeace activists attempt to stop tanker (DOROUSSA) from
transporting palm oil, per 23 Nov 07 reporting, Rotterdam port, Netherlands. Environmentalists have chained themselves to the containers on the vessel to prevent the unloading of Indonesian palm oil. About six rubber speedboats brought the 20 protestors to the vessel. The vessel is destined for the company Vopak in Vlaardingen to unload its cargo (LM: Expatica).
.
5. GREENPEACE: Tanker (MT WESTAMA) was blocked while at berth by Greenpeace
activists 16 Nov 07, Dumai, Sumatra Island, Indonesia. Activists reportedly anchored the Greenpeace vessel (RAINBOW WARRIOR) beside the (MT WESTAMA) blocking the vessel from leaving its berth destined for India with its palm oil cargo. The protest aimed to highlight the role palm oil plays in driving global deforestation and peatland destruction, which are major contributors to climate change. The vessel was finally able to depart from its birth on 18 Nov 07
(LM: REUTERS, AFP).