Pirates holding a Japanese chemical tanker off the northeastern coast of Somalia have threatened to kill its crew unless they receive a one-million-dollar (680,000 euros) ransom the United Nations said Monday.
***
"The pirates are asking for one million US dollars as ransom, whilst Puntland authorities are asking the pirates to surrender peacefully to the Puntland coast," the UN Office for the Coordination of Humanitarian Affairs (OCHA) said in a statement.

The pirates were threatening to kill them if the ransom was not paid, the statement said.

Authorities in the semi-autonomous Somali region of Puntland, who are negotiating with the pirates, have sent militia to Bosaso harbour, a few nautical miles from where the vessel was held. 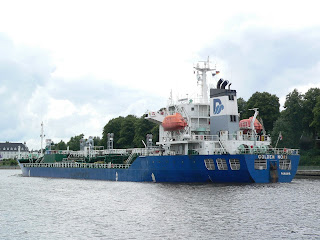 Two US Navy ships were blocking supplies to the tanker in a bid to to force the pirates to abandon the vessel. The tanker was sailing from Singapore to Israel when it was hijacked.

But Andrew Mwangura, head of the Kenya chapter of the Seafarers' Assistance Programme, said the presence of the US vessels was complicating the negotiations to free the vessel.

"What we are saying is that the US ships should keep a distance because their presence is complicating issues there," Mwangura told AFP.

The escape of a South Korean sailor from the vessel shortly after the freighter was captured on October 28 had also complicated talks between the pirates, Puntland officials and contacts in Singapore and Malaysia, he added.