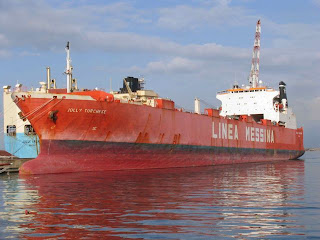 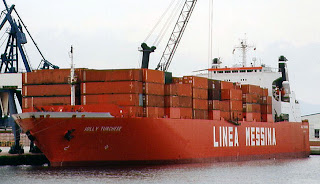 Andrew Mwangura, director of the East African Seafarers Assistance Programme, said the MV Jolly Turchese was attacked by gunmen believed to be pirates off the shore of Somalia after bringing general cargo through the Suez canal.

An Italian foreign ministry official said the government had no information about the incident or evidence of an attack.

Mwangura, saying the sketchy information came from shipping sources in the region, told Reuters: "These must be Somali pirates. We don't know how many crew are on board."

He added it was unclear if the ship, en route to Kenya's Mombasa port, had been captured or escaped.
***
Mwangura said some of the cargo on the Italian ship was headed for an "important diplomatic mission" in Nairobi.

"But we don't know which one and whether this was known by the attackers," he said. "The report of the attack only reached us this morning.

Well, if they didn't know before about the value of the cargo, they know now.