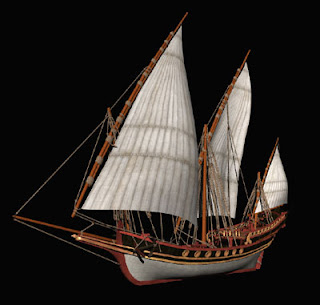 Shouldn't be any real surprises in this book report New Book Reopens Old Arguments About Slave Raids on Europe, despite claims of supposed controversy and some questioning of the numbers:

North African pirates abducted and enslaved more than 1 million Europeans between 1530 and 1780 in a series of raids which depopulated coastal towns from Sicily to Cornwall, according to new research.

Thousands of white Christians were seized every year to work as galley slaves, labourers and concubines for Muslim overlords in what is today Morocco, Tunisia, Algeria and Libya, it is claimed.
***
Prof Davis's unorthodox methodology split historians over whether his estimates were plausible but they welcomed any attempt to fill a gap in the little-known story of Africans subjugating Europeans.

By collating different sources of information from Europe over three centuries, the University of Ohio professor has painted a picture of a continent at the mercy of pirates from the Barbary Coast, known as corsairs, who sailed in lanteen-rigged xebecs and oared galleys.

Villages and towns on the coast of Italy, Spain, Portugal and France were hardest hit but the raiders also seized people in Britain, Ireland and Iceland. According to one account they even captured 130 American seamen from ships that they boarded in the Atlantic and Mediterranean between 1785 and 1793.

In the absence of detailed written records such as customs forms Prof Davis decided to extrapolate from the best records available indicating how many slaves were at a particular location at a single time and calculate how many new slaves were needed to replace those who died, escaped or were freed.

The same methodology would suggest 475,000 were abducted in the previous and following centuries.

"Much of what has been written gives the impression that there were not many slaves and minimises the impact that slavery had on Europe," Prof Davis said in a statement this week.

"Most accounts only look at slavery in one place, or only for a short period of time. But when you take a broader, longer view, the massive scope of this slavery and its powerful impact become clear."

Prof Davis conceded his methodology was not ideal but Ian Blanchard, professor of economic history at the University of Edinburgh and an authority on trade in Africa, said yesterday that the numbers appeared to add up.

"We are talking about statistics which are not real, all the figures are estimates. But I don't find that absolute figure of 1 million at all surprising. It makes total sense."
***
Although the black Africans enslaved and shipped to North and South America over four centuries outnumbered Prof Davis's estimates of white European taken to Africa by 12-1, it is probable they shared the same grim conditions.

"One of the things that both the public and many scholars have tended to take as given is that slavery was always racial in nature - that only blacks have been slaves. But that is not true," said the author.

In comments which may stoke controversy, he said that white slavery had been minimised or ignored because academics preferred to treat Europeans as evil colonialists rather than as victims.

While Africans laboured on sugar and cotton plantations the European slaves were put to work in quarries, building sites and galleys and endured malnutrition, disease and maltreatment.

I guess that all the other history of slavery (Israelites in Egypt, in Babylon, slave holdings by the Greeks, Romans, Persians) and the other trappings of semi-slavery (serfs and the like)simply didn't make the point that man can be cruel to man.
Posted by Mark Tempest at 12/28/2007 02:16:00 PM

Email ThisBlogThis!Share to TwitterShare to FacebookShare to Pinterest
Labels: Slavery