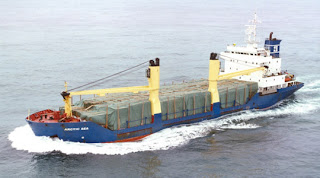 Meanwhile, Anglo-Dutch seafarer union Nautilus International has warned that the case highlights “glaring gaps” in the national and international maritime security regime . . .
***
Nautilus International general secretary Mark Dickinson said: ‘It is alarming that, in the twenty-first century, a ship can apparently be commandeered by hijackers and sail through the world’s busiest waterway with no alarm being raised and no naval vessel going to intercept it.”

He also expressed concern that a ship can sail around for more than a fortnight with no one seemingly knowing its precise location or who is in control.

“We do not believe the authorities would have taken such a relaxed approach to a hijacked aircraft, yet it seems that ships and seafarers continue to be treated with an ‘out of sight, out of mind’ approach that has led to the shipping industry being the Achilles heel of global security.”

The union added that a House of Commons transport committee report three years ago warned that the successful seizure of a ship could serve as example and encouragement to terrorists.

Yes, it may be a simple commercial dispute of some kind with payment being taken in an usual way - but the Union's point is well made. A ship shouldn't become "invisible" this fast. The risks are too great.
Posted by Mark Tempest at 8/12/2009 09:29:00 AM