Memo to the Mullahs and Kim Jong Il: Dig Deeper 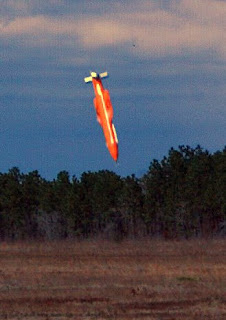 You may want to ckeck their depth because some U.S. military contractors have been working - as set out here:

The MOP is a technology demonstration program funded by DTRA to develop a 30,000-pound conventional penetrating weapon that will defeat a specialized set of hard and deeply buried targets. Designed to be carried aboard B-2 and B-52 bombers and deployed at high altitudes, the MOP's innovative design features include a Global Positioning System navigation system and more than 5,300 pounds of explosives. Measuring 20 feet long, the MOP is designed specifically to attack hardened concrete bunkers and tunnel facilities. 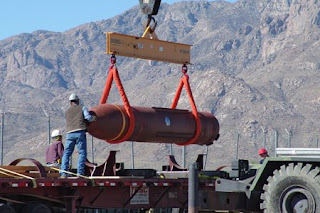 I don't think the intended end-recipients are Somali pirates . . . got a shovel?

The MOP is designed to permit carriage inside both the USAF B-52 and B-2 bombers. Although the technology demonstration test drops will be conducted from a B-52, the Air Force Air Armament Center at Eglin Air Force Base (AFB), Fla., issued a sources-sought notice to explore integration of the MOP on the B-2 bomber.

Email ThisBlogThis!Share to TwitterShare to FacebookShare to Pinterest
Labels: Weapons