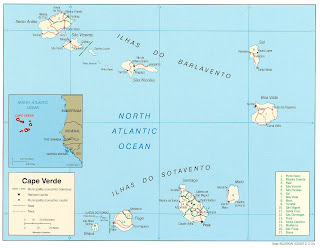 Reports citing local coastguards now suggest it has been seen some 400 nautical miles from the Cape Verde islands, off the coast of West Africa.

Russian navy ships have been searching for the 4,000-tonne Maltese-flagged vessel, which had been carrying timber.
However, the spokesman said there was a "high possibility" that the ship had been located. French intelligence officials also believe they have found the ship in the same area, he said.
Observers have suggested the ship was hijacked, possibly because of a Russian commercial dispute.

Following the reported sighting, a spokesman for the French defence ministry told the BBC that the Arctic Sea was thought to be in international waters.

The spokesman said his information came from the Cape Verde coastguard, who said the ship was outside their jurisdiction. He was unable to confirm the coastguard's report.