More Piracy Off Europe? I don't think so 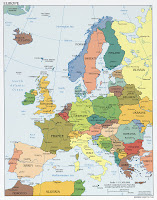 Business Week asks the question: "Piracy in Northern Seas: A New Trend?", based on the misadventures of the MV Arctic Sea:

I don't think European authorities should be losing much sleep over concerns that the Baltic or North Atlantic or even the Mediterranean are about to become like the waters off Somalia.

Somalia offers pirates a situation non-existent in northern waters- a failed state right on a couple of major sea lanes. Upon grabbing a ship, the pirates, under threat of executing the ship's crew, can run for the safety of Somali waters where they have support from shore bases.

European waters, by contrast, abound with traffic control lanes, positive ship check in points, coast guards, police and effective military forces. There are no safe haven areas for a captured ship to be taken while ransom negotiations are worked through.

Indeed, one of the unanswered questions concerning Arctic Sea's alleged hijackers has to do with where, exactly, were they headed? Arriving off the coast of Africa doesn't mean safety - most African states are not the uncivilized jumble of Somalia - there are coast guards and military forces to contend with.

Perhaps a well oiled criminal enterprise could "sneak" ships into some West African port, but ... it would be very hard. In his post on Phantom Ships, Daniel Sekulich, author of Terror on the Seas offers up the saga of a 1999 "mystery ship" wandering from Russia through the Med, off Africa and, finally, to India- where the tale did not end well for the hijackers. Daniel's tale points out that the marine community was on the trail of the ship as soon as it became apparent something was amiss.

There are many factors that would militate against there being a "trend" in piracy off Europe. Of greater concern to the maritime security world is what appeared to be the ability of the ship to slip off the grid - which, as discussed here might have some serious national security ramifications.

It is, perhaps, some comfort to hear from some authorities that they had a bead on Arctic Sea all the time (see here) - which eases the security issues a little.

But a trend in Euro piracy? Based on a one-off event?