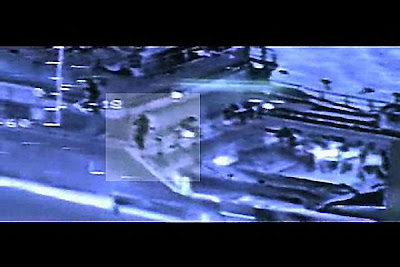 A comment I posted over on the USNI blog:

Actually, I’m surprised that this hasn’t happened before.

Here are a couple of scenarios:

(1) Some idiot pirate got tired of waiting for ransom and waiting in general and took a “I’m bored” potshot at the helo, knowing that with 30 or so hostages on the captured vessel the helo was unlikely to respond; or

(2) The pirate master minds have decided they really want a full out war with the U.S. Navy and brought out a heavier weapon to the hostage ship and decided to start the war now – just before the end of the monsoon winds and the beginning of prime pirate weather and a chance to grab more ships for ransom. A war that they cannot win and in which the U.S. has more that little blue skiffs full of AK-47s to play with

Somehow, with a lucrative business operation, I tend to think #2 is less likely than #1. So, without more intel to the contrary, I’m going with my “idiot pirate” thought.

On the other hand, if it happens again ...