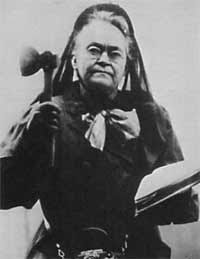 The United States, for all its alleged "libertarian" leanings, is full of people who are more than happy to impose their personal moral beliefs on their fellow citizens. In many cases these fits of moral fervor resulted in consequences arguably worse than what they were intended to fix.

After a number of years of political and other activity by a number of groups, enough states ratified the 18th Amendment:

Section 1. After one year from the ratification of this article the manufacture, sale, or transportation of intoxicating liquors within, the importation thereof into, or the exportation thereof from the United States and all territory subject to the jurisdiction thereof for beverage purposes is hereby prohibited.

Supporters of the Amendment were a very mixed bag - ranging from the Woman's Christian Temperance Union (that's Carry Nation pictured above), Anti-Saloon League, a host of church groups (not, by the way including the Episcopal Church, which argued against the government should be involved in "deciding morality" (see Holmes, A brief history of the Episcopal Church, p.147)- to the Ku Klux Klan.

With the now Constitutional ban on the import of liquor there followed the issue of who would enforce the law. The answer, as set forth in a Coast Guard publication, Rum War, was the Treasury Department, the sea-going component of which was the United States Coast Guard.

It seems, despite the vote of the American legislators making the country "dry," that there were substantial numbers of Americans who still wanted "wet." And they were willing to pay for the privilege, even it was -well- illegal.

The existence of a market, in turn, spawned the growth of systems of "importers" willing to meet demand with goods.

At the time, the territorial waters of the United States were 3 miles in width. The business model for illegal liquor importers, who also became known as "rum runners," was to fill up a boat with bottles of liquor in some place like Cuba 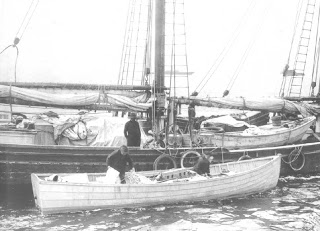 and sail from Cuba to a location 3 miles and a foot off the U.S. coast. While sitting in international waters, fast boats might arrive to visit with the rum runner where upon, in exchange for money, cases of liquor might find their way onto the speed boats (see NY Times, June 11, 1922- "Rum Runners Flood City with Liquors"). 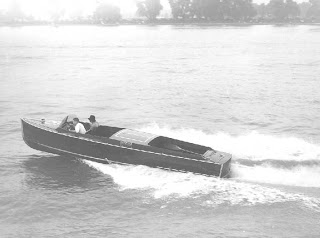 The speedboats might then race off into U.S. territorial waters carrying their cargo to some safe haven at which the cases would be offloaded and placed into newly established illegal delivery systems (often operated by unsavory characters like Al Capone and other underworld notables) through which liquor was dispersed to "speakeasies" and, finally, to consumers.

One such sea-going liquor warehouse operator was a man named William McCoy. It is alleged in various places that he was such an honorable crook that he never diluted his product, unlike his competitors, that the expression "the real McCoy" was coined to indicate high quality liquor (see here). In any event, McCoy used a British registered vessel to a little more than 3 miles off Long Island to sell his wares. The registry and the location rendered him invulnerable to U.S. law enforcement. Others followed suit and the area where these liquor wholesalers parked their boats became known as "Rum Row."

In fact, as the above cited Coast Guard article notes, there were many "Rum Rows" off the U.S. coast - even after the U.S. unilaterally declared a "12 mile limit" in the mid-1920's. Later, there was a treaty negotiated with Great Britain to allow boarding of British-flagged ship inside the 12 mile limit. By the way, the real adoption of a 12 mile limit appears to have come during the Reagan administration in the 1980's. What really happened in the 1920's was an announcement of different right:

The United States, like many states, claims limited jurisdiction in a "contiguous zone" of twelve additional miles beyond the territorial sea to enforce customs, fiscal, immigration, and sanitary laws, and to punish violations of its laws committed in its territory or territorial sea. U.S. courts have supported the arrest of smugglers hovering beyond territorial waters with the intent to violate customs laws..

Officers of the Coast Guard are authorized, by virtue of Revised Statutes, § 3072, to seize on the high seas beyond the 12-mile limit an American vessel subject to forfeiture for violation of any law respecting the revenue.

Sec. 581. Boarding vessels.—Officers of the customs or of the Coast Guard, and agents or other persons authorized by the Secretary of the Treasury, or appointed for that purpose in writing by a collector may at any time go on board of any vessel or vehicle at any place in the United States within four leagues of the coast of the United States, without as well as within their respective districts, to examine the manifest and to inspect, search, and examine the vessel or vehicle, and every part thereof...

A league is 3 miles, thus 4 leagues is 12 miles. As simple math will tell you, this greatly expanded the area to be covered by the Coast Guard but until later there was to real expansion of ships or other units to allow the Coast Guard to do its job. Eventually the Navy 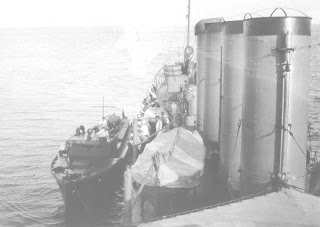 "loaned" the Coasties some old destroyers and a number of Eagle ships to be used on patrol. Aircraft were also procured for spotting - in typical Coast Guard fashion, there was some scrambling involved first:

But there were so many rum-runners, and the ocean is so big, and the patrol boats had to replenish fuel and supplies, that it was often a heart breaking task. Von Paulsen as a flier knew the value of planes for searching at sea. He interested Lieutenant Commander Stephen S. Yeandle, aide to Rear Admiral Frederick Billard, Commandant of the Coast Guard, in the idea of getting planes for searching the ocean for rum runners. Yeandle in turn discussed the idea with Admiral Billard who favored it. But there was no money, no appropriation. In spite of this, they planned and "scummed schemes," all on a shoestring. An old O2U-2 single float biplane with a 200 horse-power motor had been stored in a hanger at Cape May Section Base. It was surplus. Some 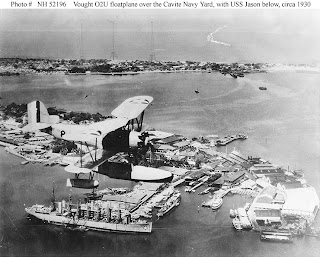 enlisted personnel from the first C.G. Air Station at Morehead City were at Section Base #7. A small, unused island belonging to U. S. Fisheries near Section Base #7 was acquired for temporary use. It was called "Ten Pound Island." (that's the Ten Pound CG AIr Station pictured nearby). 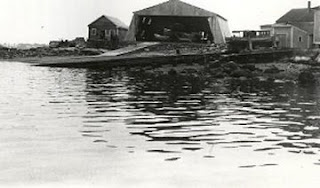 A large surplus tent was acquired from the Army for $1.00. It became the "hangar." Coast Guard aviation was starting again. Von Paulsen and Melka flew the old crate searching at sea for rum-runners and keeping tabs on patrol boats. A year later Admiral Billard was successful in obtaining from Congress an appropriation for five planes for the Coast Guard with some equipment. Three were sent to Ten Pound Island and two to Cape May. Thus the puling infant was given sustenance, was carefully nurtured, and grew to its present efficient stature.

I guess that all current Coast Guard aviators owe something (may I suggest a toast?) to the rum runners for providing a continuing rationale for the CG aviation program.

There were many lessons to be learned from the "Rum War" - especially concerning the value of intelligence to counter smuggling operations. However, as noted in the introduction to LT Eric Ensign's Intelligence in the Rum War at Sea: 1920-1933, many of those lessons had to be painfully relearned for the modern "drug war" we find ourselves in. One of the those lessons is that an increase in interception capability quickly led to an increase in smuggling capability, as LT Ensign wrote:

As the Coast Guard's successes became known, the rum fleet became more secretive about its operations and more elusive to the now formidable anti-smuggling armada. Naturally, when smuggling is stopped in one area it tends to move to another, in a "balloon effect."

As you might gather from his paper's title, LT Ensign points to a growth in the intelligence branch of the Coast Guard as a major player in the anti-smuggler operation. He may be right. 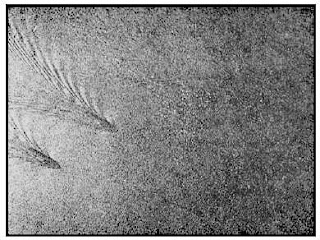 Of interest to those of you who are interested in reports of modern drug smuggling semi-submersible boats in modern times, there were reports of "rum-running submarines" in 1924:

In the summer of 1924, the Coast Guard received a report of submarines being used to smuggle liquor int New York via the Hudson River. With no aerial capability of its own, the Coast Guard obtained the assistance of the Fairchild Aerial Camera Corporation in locating and photographing the suspected rum runners. A resulting photograph, taken from an altitude of 5,000 feet, showed two subsurface craft, each approximately 100 feet in length, transiting the Hudson River.

In any event, Prohibition was repealed by the 21st Amendment in 1933 and the sea-going "War on Alcohol" ended. It's safe to say, however, that the effect on the Coast Guard has lingered to the present day.

All the photos, with the exception of those of Carry Nation, the Ten Pound Air Station, the O2U-2 and the submarines, come from the U.S. Coast Guard website here. The picture of the O2U-2 is of a Navy version flying over Cavite in the Philippines circa 1930.