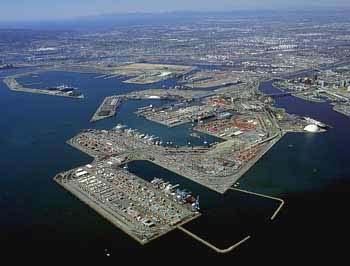 Concerns or a plea for more money? Read this. The CIty of Long Beach ...has concerns --but the bottom line for the poiice?

Among the issues police officials are trying to settle is the potential need for more officers, equipment and training to protect any potential terminal.

At public hearings this week and in an interview Friday, Jackman said the department has taken no position on the project. But he said he still is not clear how the potential threats were determined in the report.

"The report is confusing, and that's what the problem is," he said.

Jackman said the department's concerns include how to pay for increased staffing and training required by the project.

"We just don't have the staff to do what we're doing today, let alone what might be down the road," he said.

In an August report to the state, city officials offered a preliminary outline of what it might take to defend a potential terminal. The report suggested that an explosion from an accident or incident at a terminal could cause "massive damage" to the port and downtown.

The department's list of potential requirements included three boats to enforce a security zone around the terminal, equipment and training for a police dive team to inspect ships, and replacement and maintenance costs for a police helicopter to provide air coverage during shipments.

In addition, police officials estimated that they would need "weapons systems and training" for boat and helicopter crews to stop a potential small vessel with terrorists intent on crashing into an LNG ship.

Jackman said Friday that the analysis was based on similar needs required at an LNG terminal near Boston, which city police and fire officials visited. Further details about what the Long Beach proposal would require can be made with more information in the EIR, he said.

Giles said SES would sit down with public safety officials to discuss their needs if the project gets approved. But the company, he said, is willing to pay whatever "incremental increased costs" the city deems necessary.

"We intend to compensate the city," he said.

SInce the tankers will be escorted and protected by the Coast Guard, I am a little confused about the police concerns. However, I do understand the power of money...

I'm sure this company will be happy to sell the Port of Long Beach some protective barriers like this one: 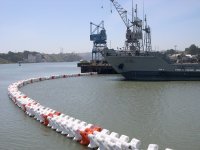