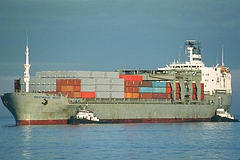 Hampton Roads is what the maritime industry calls a "container port." Most of its international cargo travels in containers, sturdy corrugated steel boxes, 20 or 40 feet long and 9½ feet high, designed for easy transfer among ships, trains and trucks. They can be packed with an endless variety of goods, often loaded at different points by different parties.

Containers have been used to smuggle drugs, guns and money, and terrorists surely are probing for ways to use them to attack the U.S., Gabriel said. The most frequently cited scenario is the smuggling-in of a radiological "dirty bomb," a conventional bomb packed with radioactive material to contaminate the blast area.

Two months ago, a tip from overseas that bomb materials were being smuggled in a container to the Port of Baltimore prompted authorities to close tunnels in Baltimore for hours. The tip turned out to be the latest in a series of false alarms from Boston to Los Angeles.

Containers hide people, too. Shortly after the 9/11 attacks, Italian port authorities opened a container to find a young Egyptian man living inside, equipped with several weeks' supply of food and water, a toilet, a laptop computer and a satellite phone. He was en route to Canada.

Only six weeks ago, Gabriel said, several stowaways from Europe passed through Hampton Roads hidden in a container on a cargo ship. The stowaways were captured when the ship subsequently called on the port of Savannah, Ga., and they were deported.

In 2002, four Pakistani seamen jumped ship in Hampton Roads and vanished, leading to a congressional inquiry. Controlling who comes and goes from ports "is a problem, it's a vulnerability," Gabriel said. "We're working on it."

The U.S. strategy at Hampton Roads and other seaports is to identify and scrutinize high-risk cargo -- between 2 percent and 6 percent of the arriving containers -- and allow the vast majority of cargo to flow uninterrupted.

Even a brief interruption in that flow could shake the U.S. economy, because roughly 95 percent of the goods entering the country come through its ports. 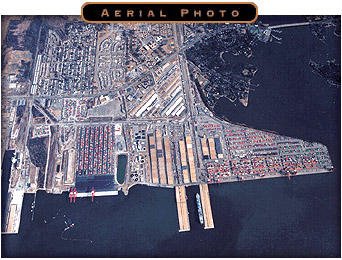